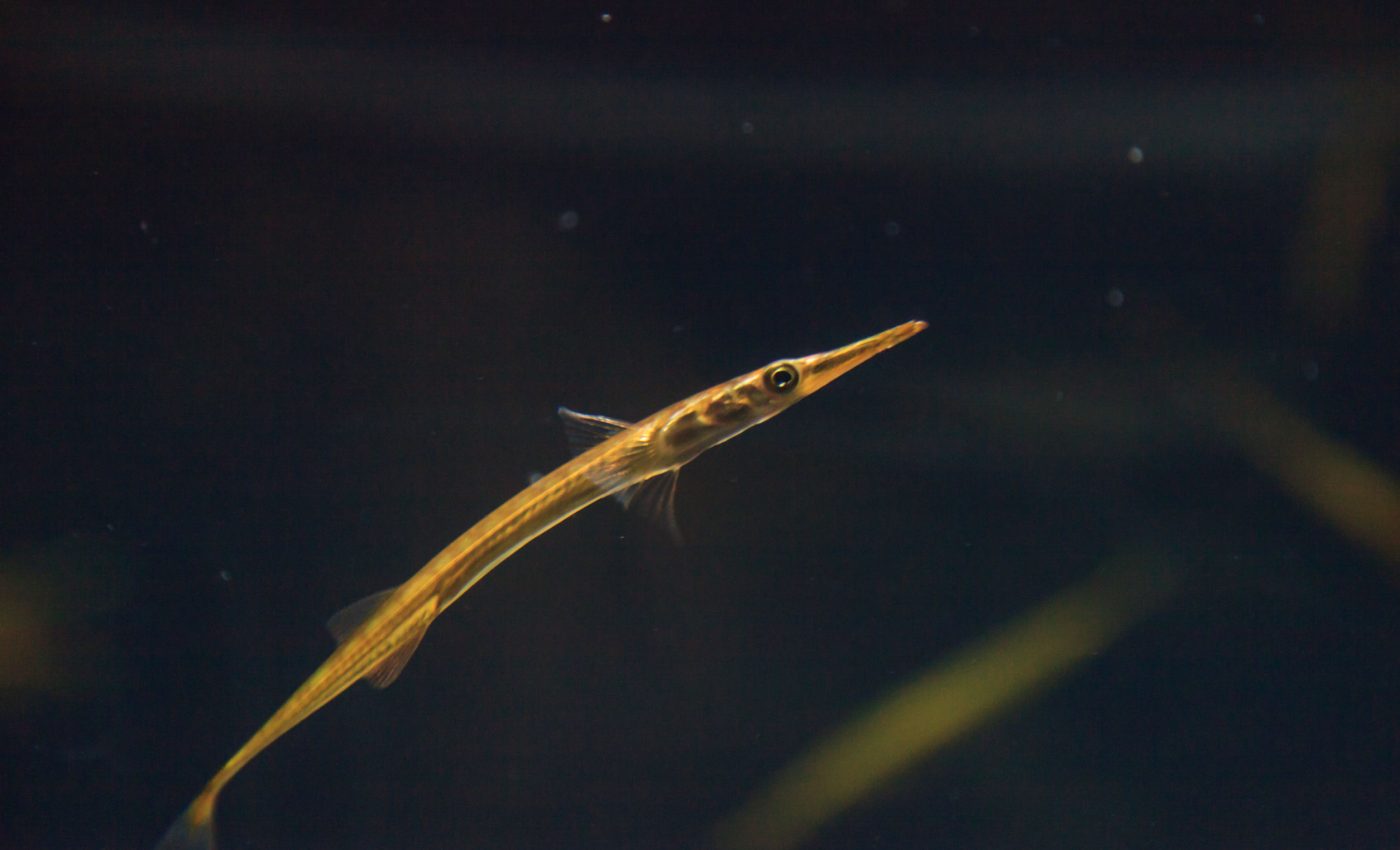 A juvenile needlefish caught during “night-lighting.”

The female  juvenile needlefish will lay eggs that are equipped with tendrils which make the eggs stick to objects in the water.