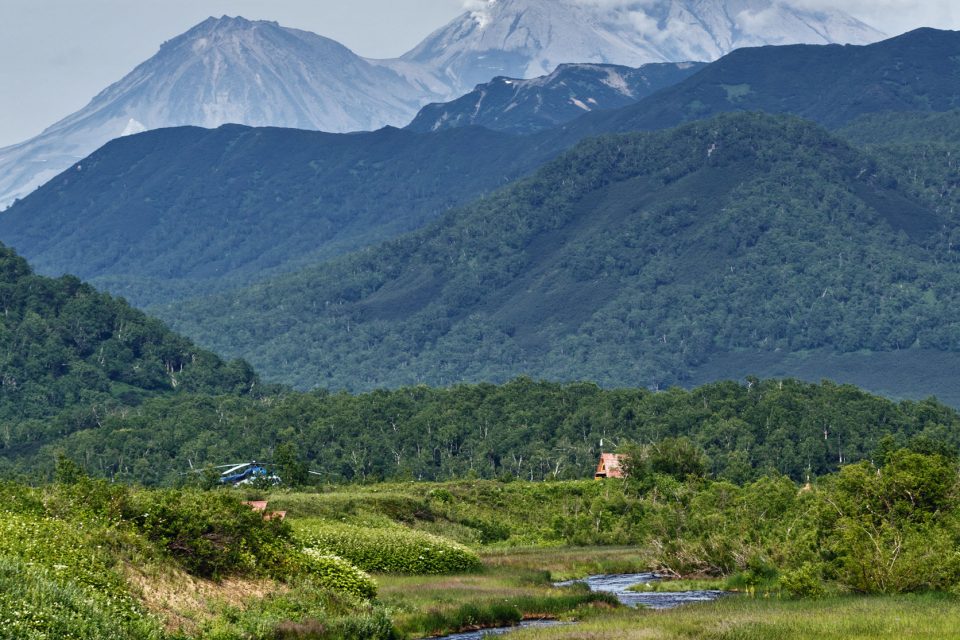 The Kamchatka Peninsula, comparable in size to Japan, is part of the Russian Far East. It’s part of the Great Pacific ‘Ring of Fire’ and has over 160 volcanos, 29 of them active. In the center of Kamchatka is Eurasia’s only Geyser Valley, with more than 150 thermal springs . The Commander Islands, and Karaginsky Island constitute the Kamchatka Krai of the Russian Federation. The vast majority of the 322,079 inhabitants are ethnic Russians, but about 13,000 Koryaks (2014) live there as well.[4] More than half of the population lives in Petropavlovsk-Kamchatsky (179,526 in 2010) and nearby Yelizovo (38,980). The Kamchatka peninsula contains the volcanoes of Kamchatka, a UNESCO World Heritage Site.