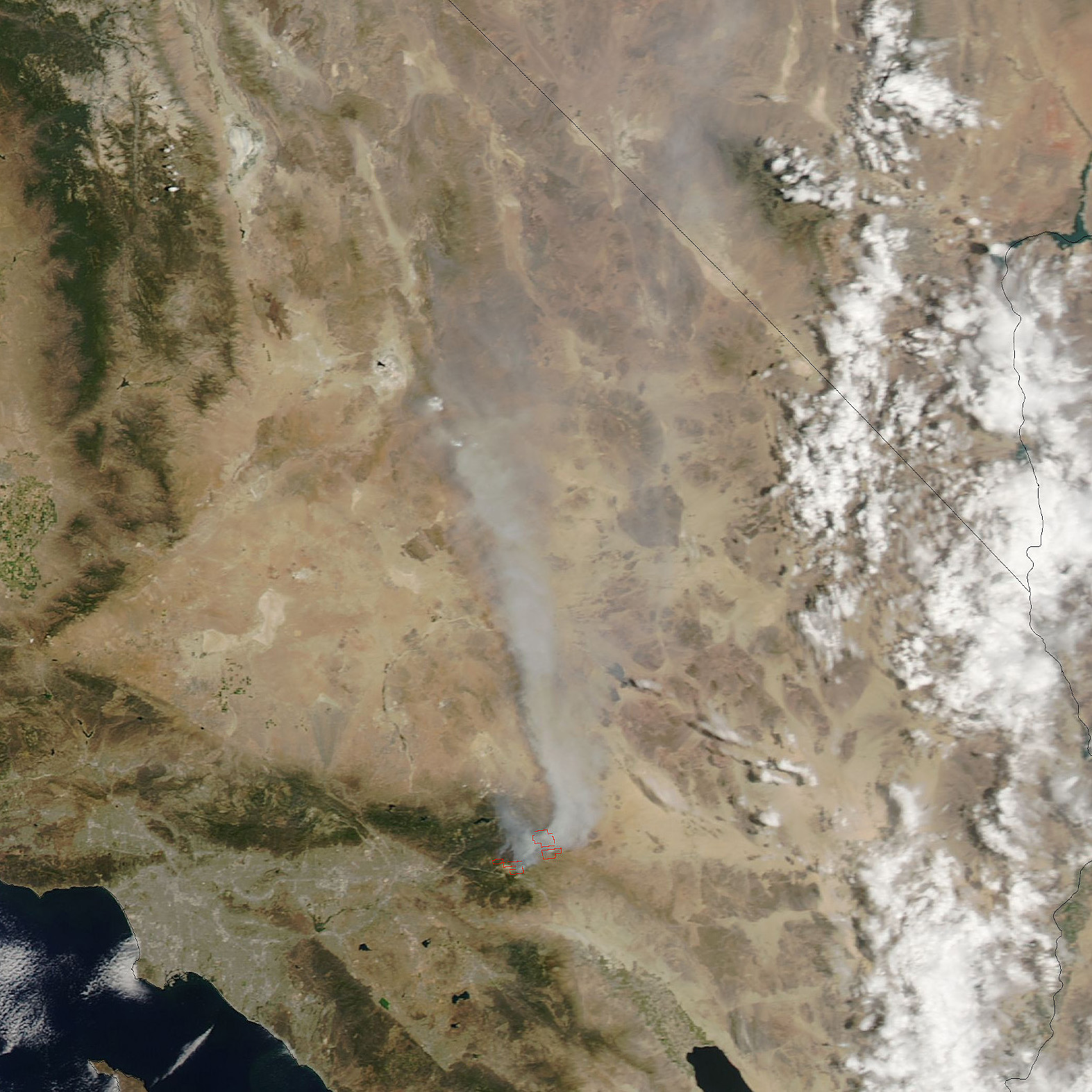 Baja California from spaceThe Moderate Resolution Imaging Spectroradiometer (MODIS) aboard the Aqua satellite acquired this image of smoke from the Lake fire streaming north on June 25, 2015. The fire was burning in California’s San Bernardino National Forest. Red outlines indicate hot spots where MODIS detected unusually warm surface temperatures associated with fires. Lake Fire Grows rapidly continuing to ruin the landscape and brush around. The fire was burning for days before it was calm down.

The Lake fire was first reported on June 17, and it grew to about 30,000 acres (12,000 hectares) by June 26. Unusually warm air temperatures and strong winds have fueled the blaze. The communities of Burns Canyon and Rim Rock were ordered to evacuate. Hobbyist drones have hampered firefighting efforts and contributed to the fire’s rapid growth, according to news reports.

Lake Fire Grows creating fumes and rapid growth in smoke and smog. Therefore the warm temps reached blazing levels of heat. California is a state in the Pacific Region of the United States. With 39.6 million residents across a total area of about 163,696 square miles (423,970 km2), California is the most populous U.S. state and the third-largest by area. The state capital is Sacramento. The Greater Los Angeles Area and the San Francisco Bay Area are the nation’s second- and fifth-most populous urban regions, with 18.7 million and 9.7 million residents respectively.