Wildfires in Alberta and Saskatchewan 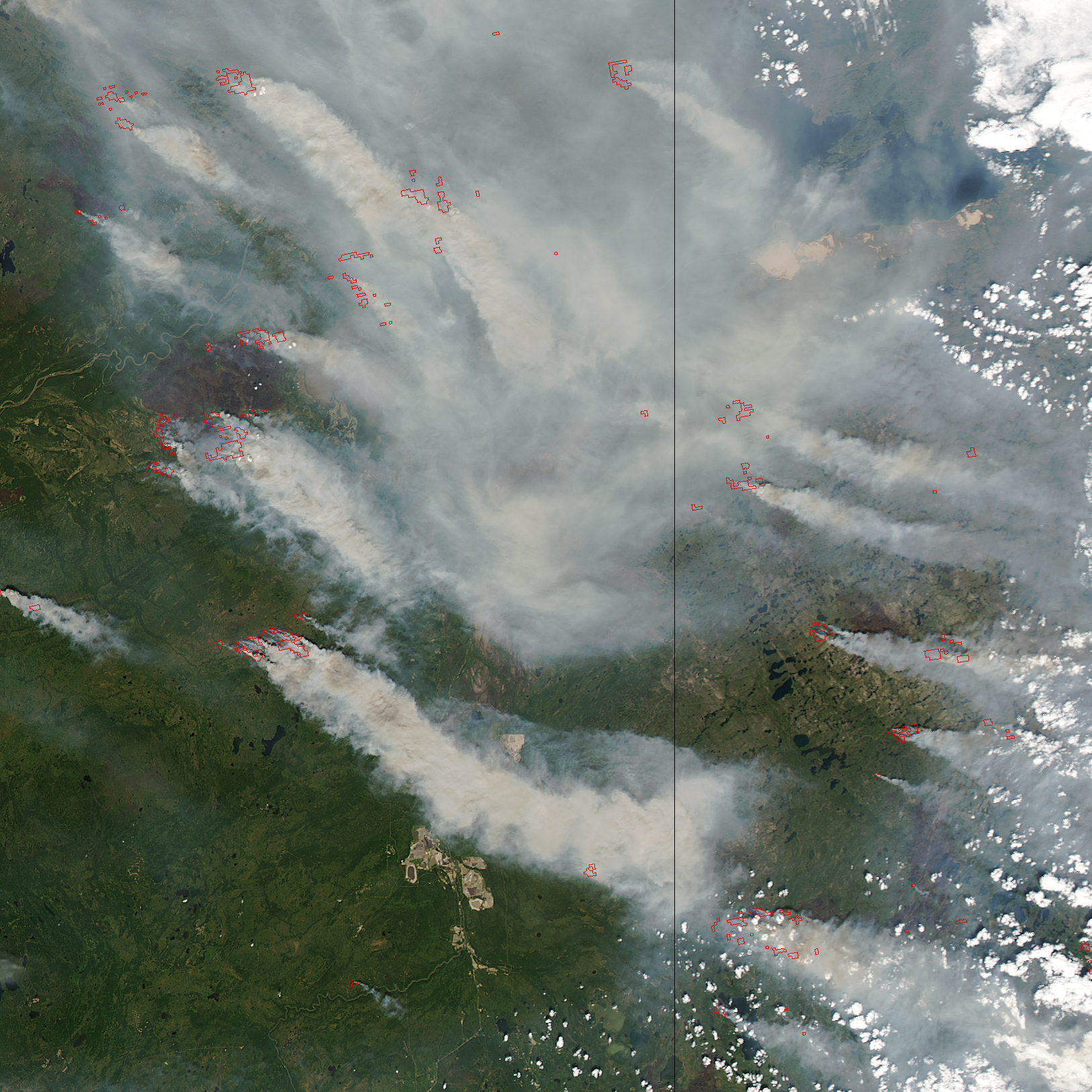 On June 28, 2015, the Moderate Resolution Imaging Spectroradiometer (MODIS) on NASA’s Aqua satellite captured this image of wildfires burning in Alberta, north of the Athabasa oil sands. Actively burning areas, detected by the thermal bands on MODIS, are outlined in red, while forests appear dark green. Also Wildfires in Alberta and Saskatchewan have caused massive amounts of damage to the land.

A combination of lightning, parched forests, and strong winds have fueled the fires. According to the Canadian government, 27 uncontrolled fires were burning in Alberta on June 28. Thirty were burning to the east in Saskatchewan.

The 2015 fire season got off to an unusually early start in Canada when blazes broke out in the Northwest Territories, British Columbia, and Alberta in late May. The Edmonton Sun has called the current fire season Alberta’s worst in five years.

Alberta is a province of Canada. With an estimated population of 4,067,175 as of 2016 census, it is Canada’s fourth most populous province and the most populous of Canada’s three prairie provinces. Its area is about 660,000 square kilometres (250,000 sq mi). Therefore Alberta and its neighbour Saskatchewan were districts of the Northwest Territories until they were established as provinces on September 1, 1905. The premier is Jason Kenney as of April 30, 2019. Wildfires in Alberta and Saskatchewan shown in image has a lot of smog and smoke covering.