Lake Tuz is almost completely gone due to climate change 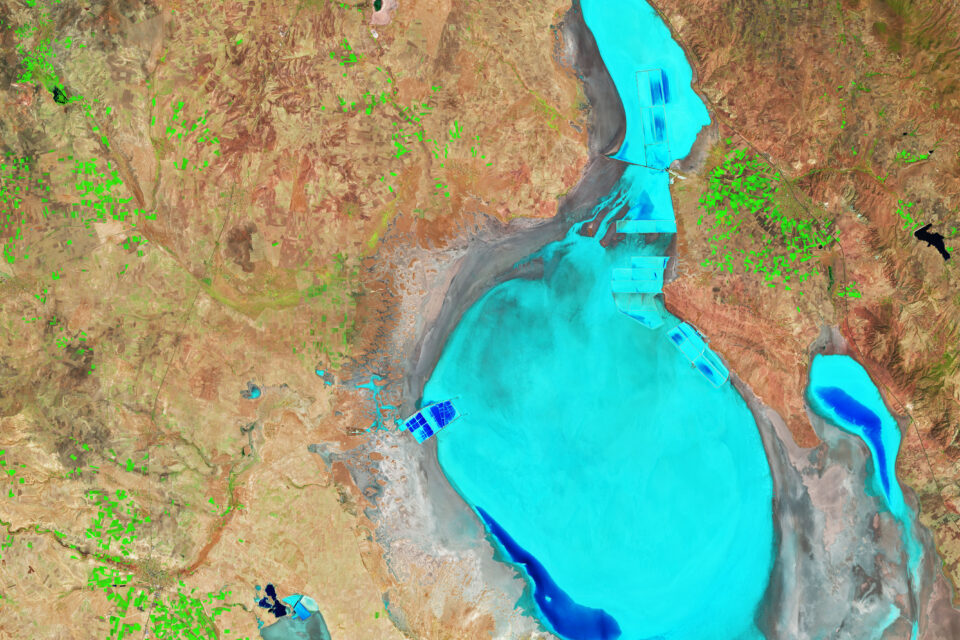 Today’s Image of the Day from NASA Earth Observatory features Lake Tuz, which was once the second largest lake in Turkey. Now, the lake rarely spans an area much larger than a puddle and completely dries up in some summers, according to NASA.

Lake Tuz is a saline lake that has no outlet. It is located on the Central Anatolia plateau, about 90 miles southeast of Ankara. In this region, more frequent and intense droughts have made water increasingly scarce.

The Mediterranean Basin, which includes Turkey, is considered a climate change hotspot. Since the pre-industrial period, it has warmed faster than the global average.

“Lake Tuz is unfortunately in danger of desiccation,” said Fulya Aydin-Kandemir, a scientist at the Hydropolitics Association of Turkey, and external lecturer at Akdeniz University. His team recently set out to determine how Lake Tuz has changed in recent decades, and to what extent the changes have been influenced by the effects of climate change, including drought.

For the investigation, the researchers used false-color images captured between 1985 and 2016 to classify the lake’s various surface types—water, salt, and marsh.

This particular false-color image was acquired on August 9, 2021 with the Operational Land Imager (OLI) on Landsat 8. Shortwave infrared, near-infrared, and red light were used to distinguish the different surface types.

The Landsat images were then converted into maps showing how the spatial extent of water, salt, and marsh has changed. The analysis of the maps revealed two distinct periods. Prior to 2000, Lake Tuz generally contained enough water each August to be considered permanent, and water filled more than 20 percent of the lake most years.

“The presence of permanent water in the southwestern and western parts of the lake was vital for breeding and feeding species such as flamingos because the bacteria they feed on were concentrated in this part where the salinity is lower,” explained Aydin-Kandemir.

After 2000, a new trend emerged in which less than 20 percent of the lake was full each August. Since 2019, Lake Tuz has been devastated by drought.

“In July 2021, the state was worse, and there was almost no water, which resulted in the mass death of baby flamingos that came to the lake this year,” said Aydin-Kandemir. “The future is quite uncertain for the lake.”