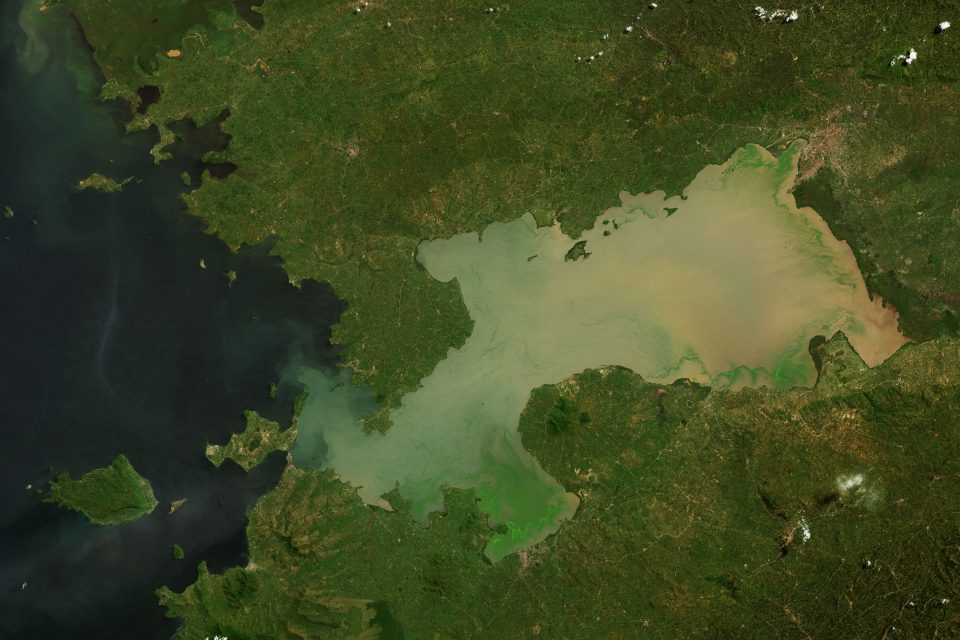 The photograph is focused on Winam Gulf, a shallow northeastern extension of Lake in Kenya.

According to NASA, months of intense rain have swollen Africa’s largest lake to the highest levels observed in decades. Lake Victoria (Dholuo: Nam Lolwe; Luganda: ‘Nnalubaale; Kinyarwanda: Nyanza; also Ukerewe) is one of the African Great Lakes. The lake was renamed after Queen Victoria in the reports of the explorer John Hanning Speke, the first Briton to document it. Speke accomplished this in 1858, while on an expedition with Richard Francis Burton to locate the source of the Nile River. This expedition was financially sponsored by the Royal Geographic Society.

The image was captured on May 27, 2021 by the Operational Land Imager (OLI) on Landsat 8, when water levels were near record height.