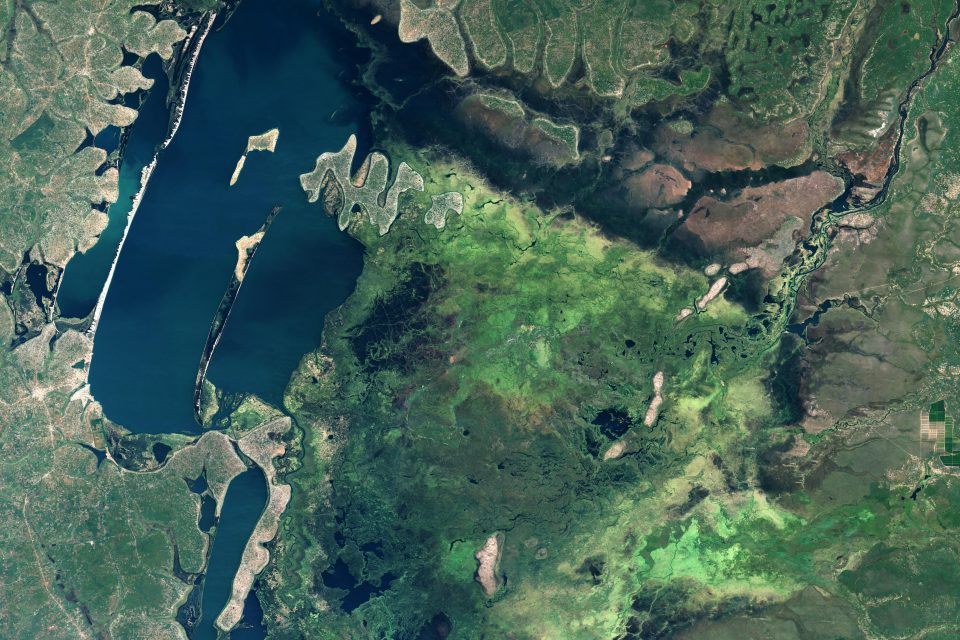 The wetlands consist of rivers, a shallow lake, flooded grasslands and swamps spread out across a flat area about the size of Connecticut, according to NASA.

The wetlands provide habitats for about 80 species of fish and 400 bird species, including the African shoebill. North America is a continent entirely within the Northern Hemisphere and almost all within the Western Hemisphere. It can also be described as the northern subcontinent of the Americas. It is bordered to the north by the Arctic Ocean, to the east by the Atlantic Ocean, to the southeast by South America and the Caribbean Sea, and to the west and south by the Pacific Ocean. Because it is on the North American Tectonic Plate, Greenland is included as part of North America geographically. North America covers an area of about 24,709,000 square kilometers (9,540,000 square miles), about 16.5% of the Earth’s land area and about 4.8% of its total surface. North America is the third-largest continent by area, following Asia and Africa, and the fourth by population after Asia, Africa, and Europe.

The birds grow up to 1.5 meters tall with 2.5-meter wingspans. NASA reports that they can stand motionless for hours before using its wide bill and explosive bursts to snap up lungfish, bichir, tilapia, eels, monitor lizards, and even baby crocodiles.