Large dust plumes stream off the coast of Greenland • Earth.com

Large dust plumes stream off the coast of Greenland 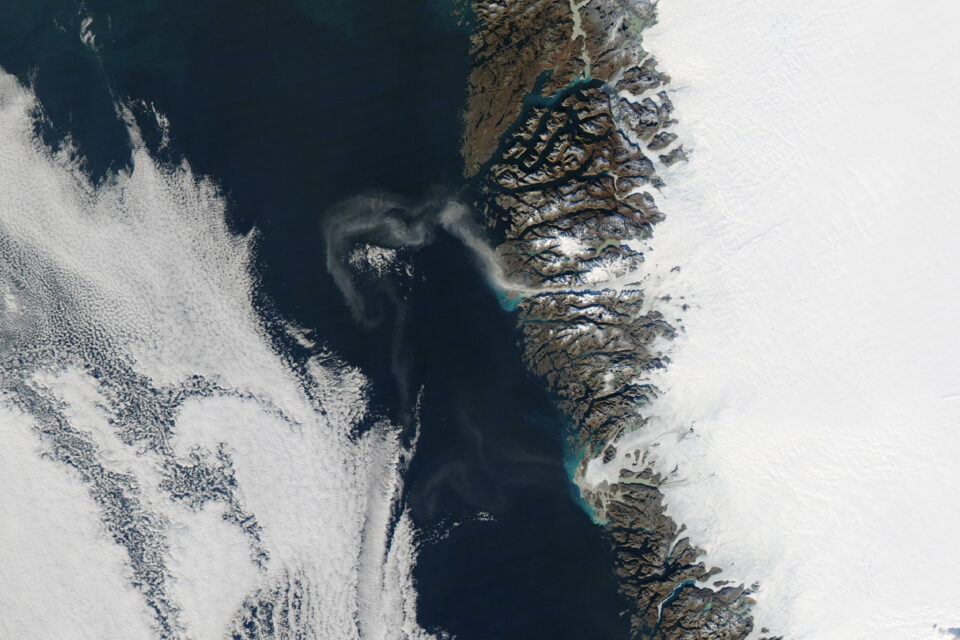 Today’s Image of the Day from NASA Earth Observatory shows dust storms blowing westward of the coast of Greenland.

According to NASA, the dust in this image is actually glacial silt or “flour” – the dusty remains of rock that has been ground to powder by flowing glaciers. The silt is lightweight and can be easily lifted into the air.

The photograph was captured on October 18, 2021 by the Visible Infrared Imaging Radiometer Suite (VIIRS) on the Suomi NPP satellite. At this time, at least four dust plumes are visible.

NASA remote sensing scientist Santiago Gassó explained that large plumes like these are most common during the transition from summer to winter. During the warmer summer temperatures, meltwater rushes through rivers to the ocean. By fall, the cooler temperatures lead to less meltwater, which exposes glacial silt as the rivers recede.

The winds that blow through Greenland’s glacial valleys can produce extremely strong gusts that pick up the silt. “This dust could get carried very far from the coast, potentially bringing nutrients to areas where nutrients are not easy to come by,” said Gassó.