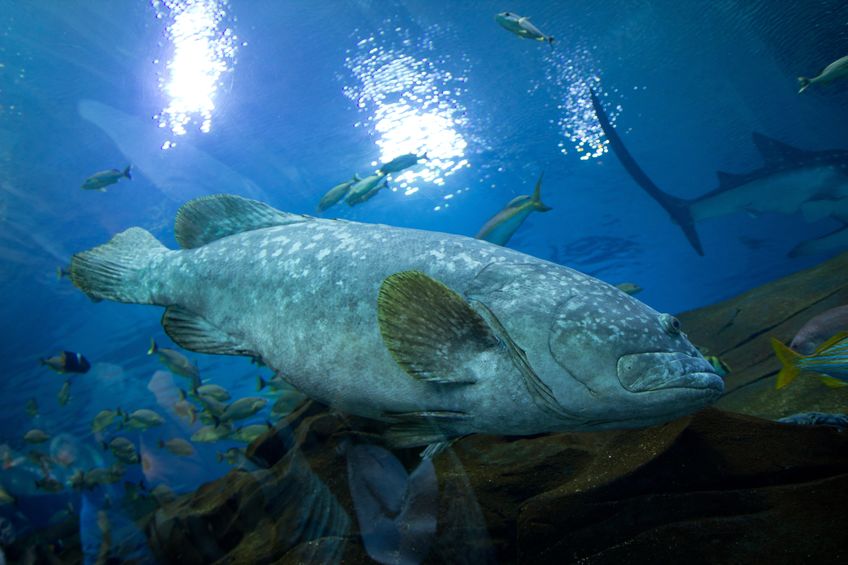 Scientists hope to learn more about spawning location and behavior of species like this large  gag grouper at Jeff’s Reef on Oculina Bank by listening to their sounds during its February – April spawning season.

Ten- to 20-pound fish are common. The world record is 80 lb 6 oz. The gag grouper is a bottomfeeder and is often caught by fishermen seeking bottom-dwelling species, such as snappers. Its flaky white meat is considered quite delicious.

They are found in areas of hard or consolidated substrate, and use structural features, such as ledges, rocks, and coral reefs.