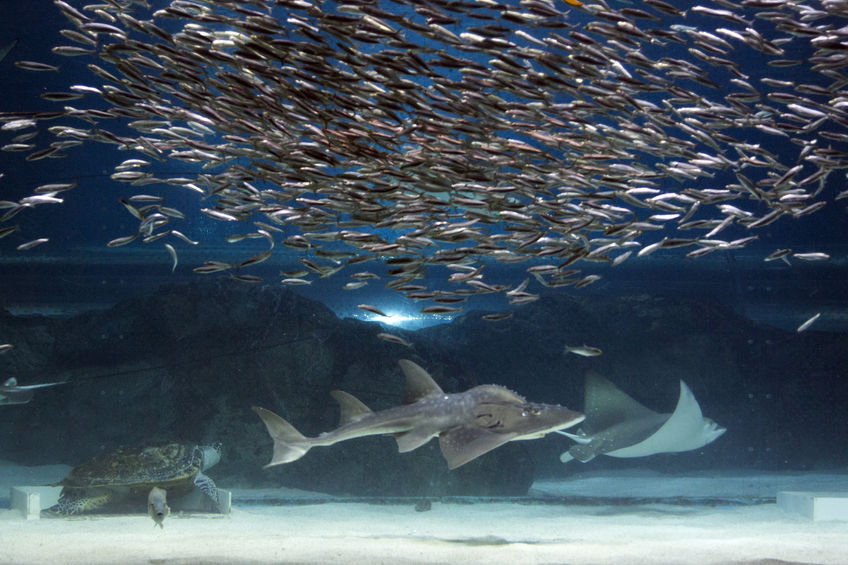 This image of various fish shows a juvenile speckled hind (in the middle), two reef butterfly fishes, and a blue angelfish.

The two laser lights in the image are used by the submersible to measure the size of the organisms observed. The distance between the two lasers is 25 cm.

Therefore butterflyfish are a group of conspicuous tropical marine fish of the family Chaetodontidae;

the bannerfish and coral fish are also included in this group.

Also butterflyfish look like smaller versions of angelfish (Pomacanthidae), but unlike these, lack preopercle spines at the gill covers.