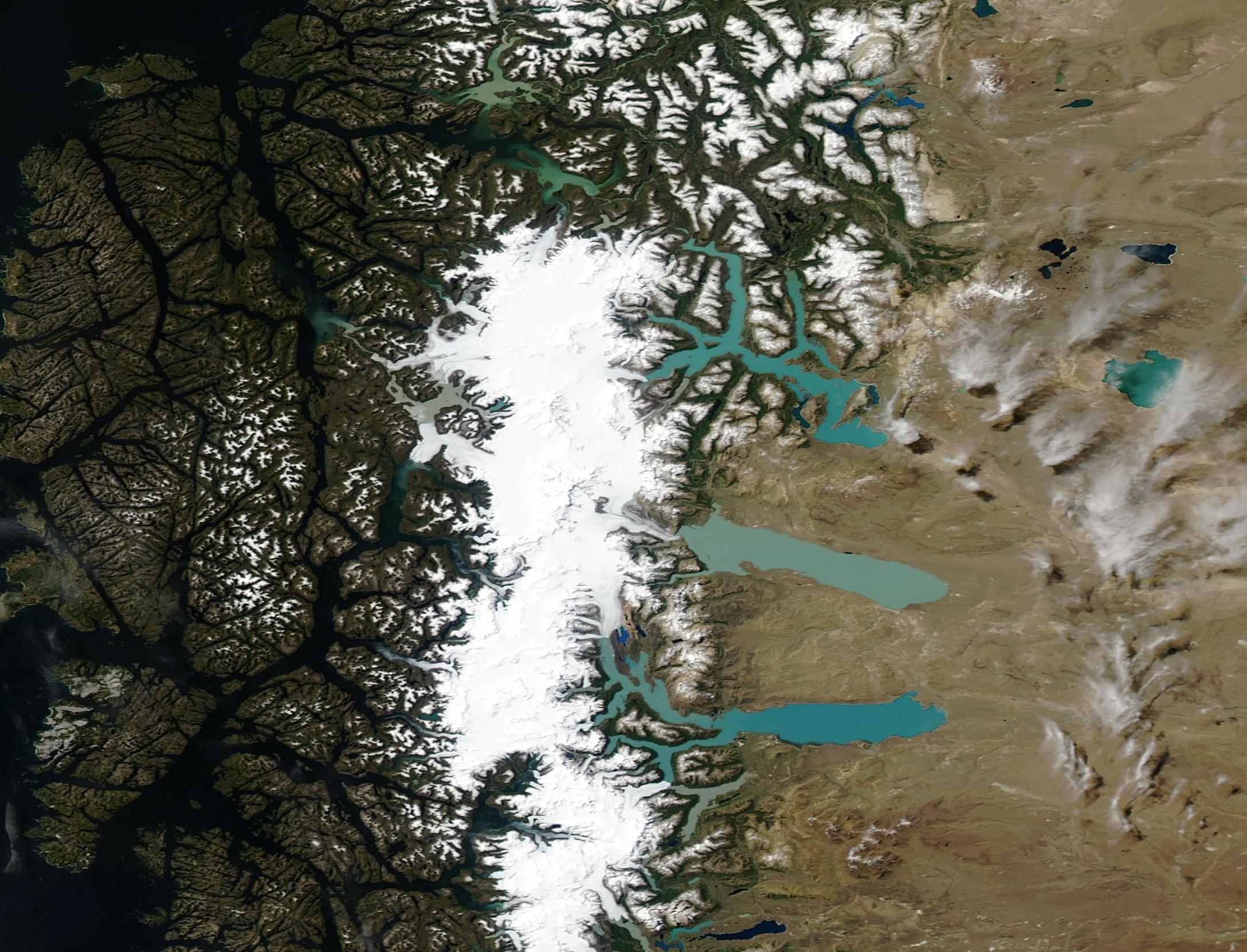 Los Glaciares National Park is located in the Santa Cruz Province of Argentina. It lies on top of the Patagonian Andes — an area filled with mountains, lakes, forests and glaciers. It has a total surface area of about 600,000 hectares and was declared a UNESCO World Heritage Site in 1981. Los Glaciares National Park takes its name from the numerous glaciers which cover about half of the property, many of which are fed by the massive South Patagonia Ice Field.

Over time the melting of glaciers have formed the three lakes seen in this image. From north to south they are Lago San Martin, Lago Viedma, and Lago Argentino. The Upsala, Onelli, and Perito Moreno Glaciers calve into Lago Argentino. Perito Moreno is famous for its unusual behavior. The front of the massive glacier rises up to 60 meters (197 feet) high continuously moves forward, eventually blocking a narrow channel formed by Lago Argentino. Eventually, the pressure increases on the glacial tongue until it ruptures dramatically, calving icebergs into the waters of the lake.