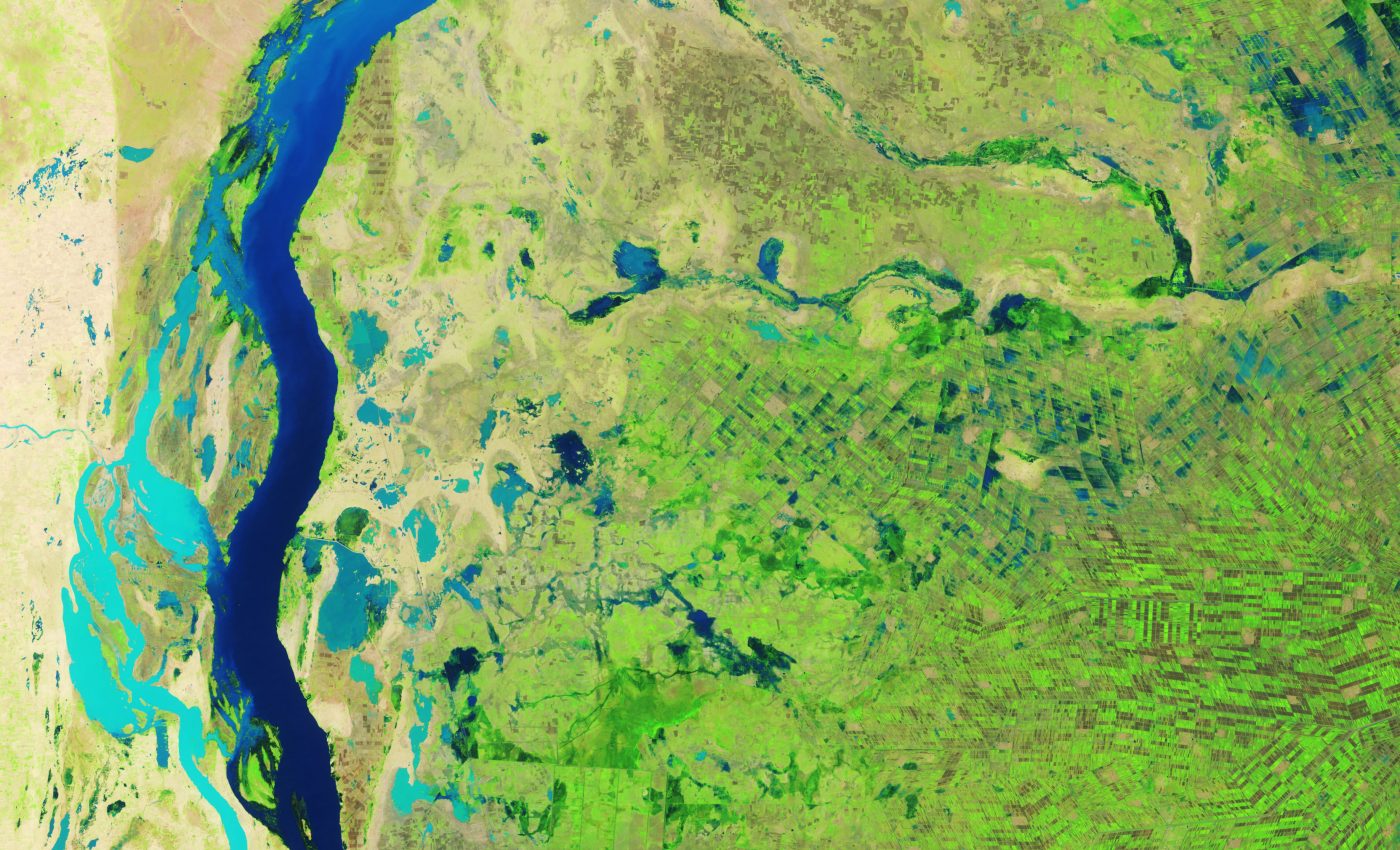 Today’s Image of the Day from NASA Earth Observatory shows widespread flooding across Sudan after torrential rainfall in July and August of 2019.

By September, there were reports of flooding in 16 of Sudan’s 18 states, including the capital city of Khartoum.

An estimated 78 people have been killed and hundreds of thousands have been displaced.

The image, which is focused on the Sudanese states of White Nile and Blue Nile, was captured on August 31 by the Operational Land Imager (OLI) on Landsat 8. Sudan  officially the Republic of the Sudan (Arabic: جمهورية السودان‎ Jumhūriyyat as-Sūdān), is a country in northeastern Africa. It is bordered by Egypt to the north, Libya to the northwest, Chad to the west, the Central African Republic to the southwest, South Sudan to the south, Ethiopia to the southeast, Eritrea to the east, and the Red Sea to the northeast. Sudan has a population of 43 million (2018 estimate) and occupies 1,886,068 square kilometres (728,215 square miles), making it Africa’s third-largest country and also the third-largest in the Arab world. Before South Sudan’s secession from Sudan on 9 July 2011, the united Sudan was the largest country in Africa and the Arab world by area.Sudan’s predominant religion is Islam, and its official languages are Arabic and English. The capital is Khartoum, located at the confluence of the Blue and White Nile. Since 2011, Sudan has been the scene of an ongoing military conflict in its southern states.