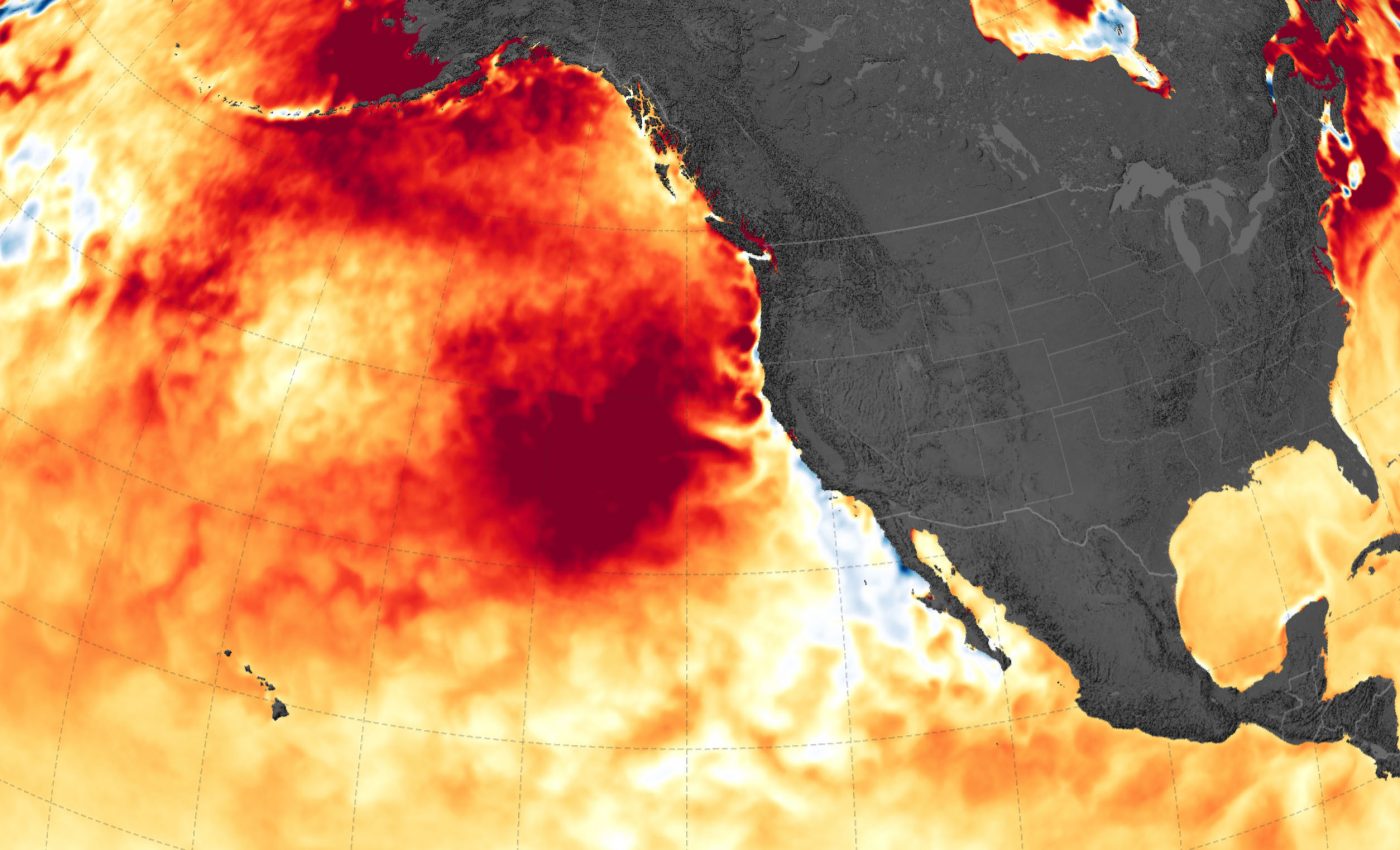 Nicholas Bond is a climatologist and research meteorologist at the University of Washington.

“I would not be surprised if the class of salmon that went to sea this year have relatively low survival rates,” said Bond. “Many of us in the climate and fisheries – oceanography community along the West Coast and in Alaska are watching what is happening with great interest – and at least some trepidation.”

This region is still recovering from a similar event that persisted from 2014 to 2016.The Pacific Ocean is the largest and deepest of Earth’s oceanic divisions. It extends from the Arctic Ocean in the north to the Southern Ocean (or, depending on definition, to Antarctica) in the south and is bounded by the continents of Asia and Australia in the west and the Americas in the east.
At 165,250,000 square kilometers (63,800,000 square miles) in area (as defined with an Antarctic southern border), this largest division of the World Ocean—and, in turn, the hydrosphere—covers about 46% of Earth’s water surface and about one-third of its total surface area, making it larger than all of Earth’s land area combined. The centers of both the Water Hemisphere and the Western Hemisphere are in the Pacific Ocean. The equator subdivides it into the North(ern) Pacific Ocean and South(ern) Pacific Ocean, with two exceptions: the Galápagos and Gilbert Islands, while straddling the equator, are deemed wholly within the South Pacific.