Mapping the recovery of vegetation after fires • Earth.com

Mapping the recovery of vegetation after fires 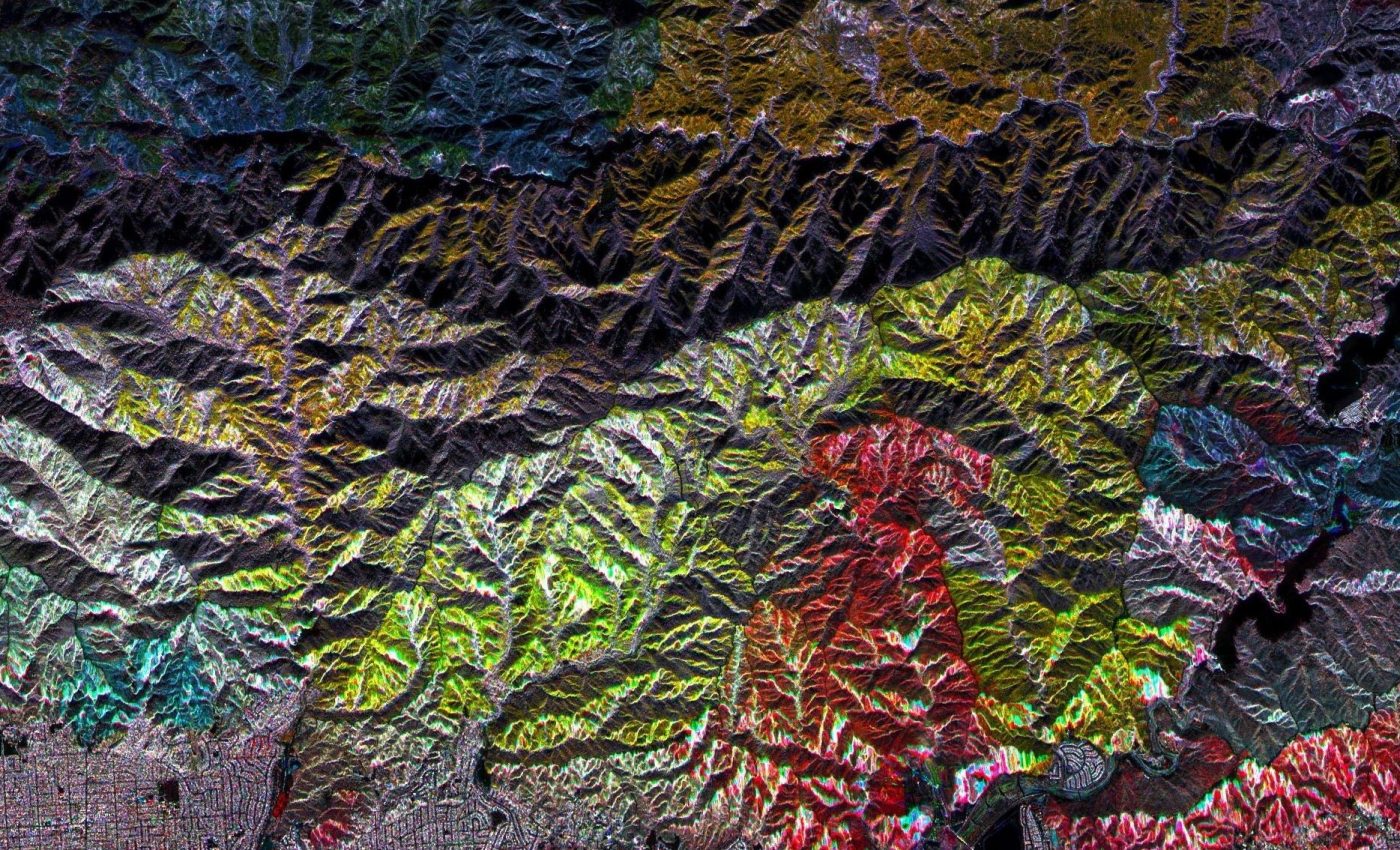 Mapping the recovery of vegetation after fires Today’s Image of the Day from NASA Earth Observatory shows portions of Southern California that have been recovering from wildfires in recent years. NASA’s Uninhabited Aerial Vehicle Synthetic Aperture Radar (UAVSAR) has been flown over the same regions several times since 2009.

Landscape ecologist Naiara Pinto and colleagues at the Jet Propulsion Laboratory are using UAVSAR observations to study how well forests and scrublands can bounce back in the years after a fire. Mapping the recovery of vegetation after fires is a process.

According to NASA, the radar signals reflect off burned, barren terrain differently than they reflect from unburned, brush-covered hillsides or from fresh growth. The colors represent the amount of vegetation observed by UAVSAR flights at different times.

“Overall, the colors are telling us that the Angeles National Forest contains a patchwork of plant communities at different stages of regeneration,” said Pinto.

For example, areas with more red are more barren more compared to 2010, while areas with more blue and green have seen more regrowth over the last decade. Vegetation is an assemblage of plant species and the ground cover they provide. It is a general term, without specific reference to particular taxa, life forms, structure, spatial extent, or any other specific botanical or geographic characteristics. It is broader than the term flora which refers to species composition. Perhaps the closest synonym is plant community, but vegetation can, and often does, refer to a wider range of spatial scales than that term does, including scales as large as the global. Primeval redwood forests, coastal mangrove stands, sphagnum bogs, desert soil crusts, roadside weed patches, wheat fields, cultivated gardens and lawns; all are encompassed by the term vegetation.