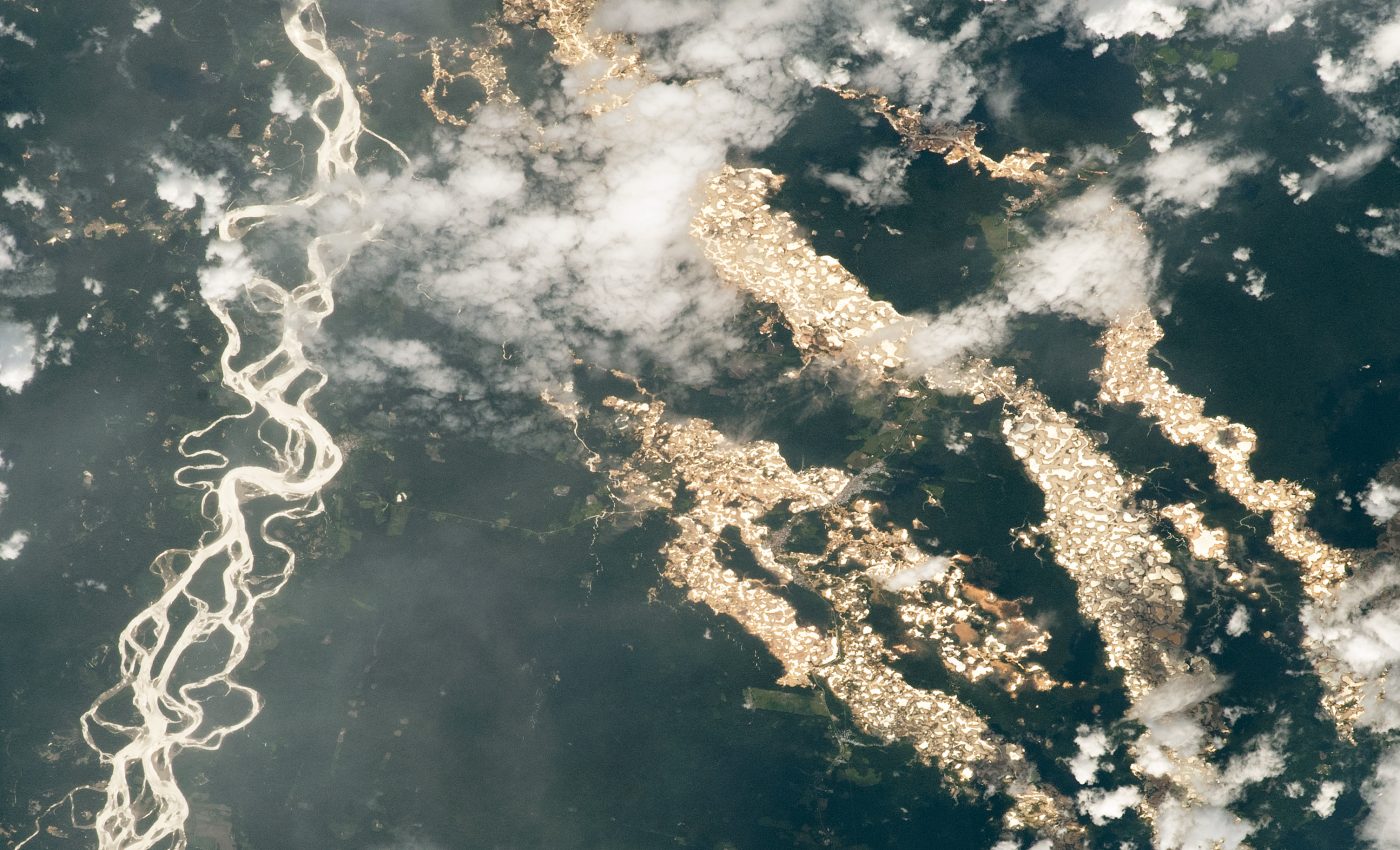 In this photograph captured by an astronaut aboard the International Space Station (ISS), the gold prospecting pits are illuminated by sunlight.

According to NASA, the prospecting pits appear as hundreds of tightly packed water-filled basins among the meandering channels of the Inambari River.

Madre de Dios is the site of one of the largest independent gold mining industries, and Peru is the sixth largest gold producer in the world. In this region, gold mining is the main cause of deforestation.

Peruvian territory was home to several ancient cultures. Ranging from the Norte Chico civilization starting in 3500 BCE, the oldest civilization in the Americas and one of the five cradles of civilization, to the Inca Empire, the largest state in the pre-Columbian Americas, the territory now including Peru has one of the longest histories of civilization of any country, tracing its heritage back to the 4th millennia BCE.

The Spanish Empire conquered the region in the 16th century and established a viceroyalty that encompassed most of its South American territories, with its capital in Lima. Peru formally proclaimed independence in 1821, and following the foreign military campaigns of José de San Martín and Simón Bolívar, and the decisive battle of Ayacucho, Peru completed its independence in 1824. In the ensuing years, the country enjoyed relative economic and political stability, which ended shortly before the War of the Pacific (1879–1884) with Chile.