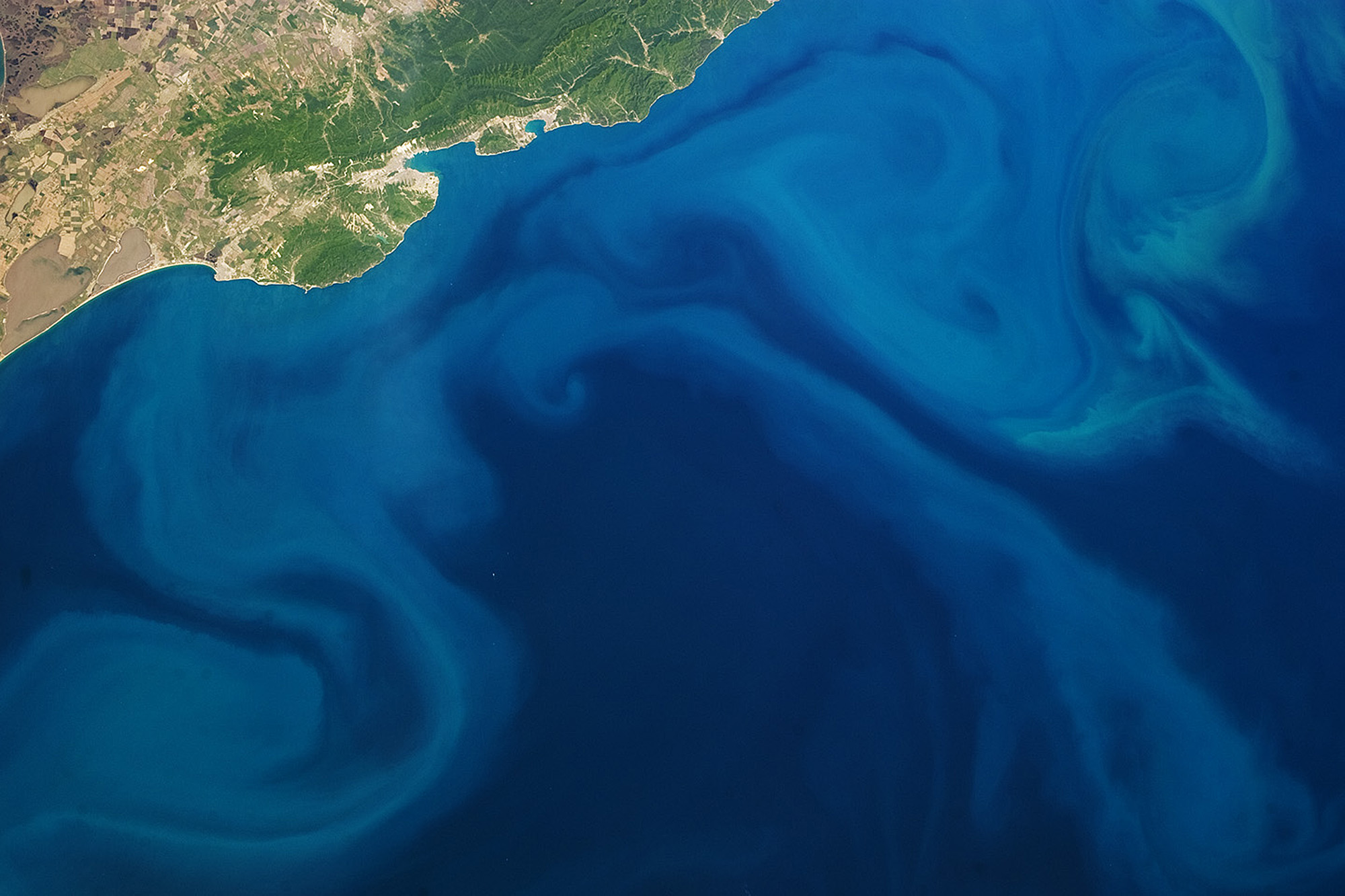 The phytoplankton are visible as blue to turquoise streams and swirls, carried by currents along the coastline and further out towards the middle of the sea. The urban areas of Anapa and Novorossiysk—the largest Russian seaport on the Black Sea—are visible along the northern shoreline as grey-white regions nestled between the sea and uplands dotted with limestone quarries. (Note that north is to the upper left in this image.) Massive phytoplankton bloom in the Black Sea showing a really pretty color.

Phytoplankton occupy the base of most aquatic food chains and therefore serve as the primary producers in these ecosystems, despite being microscopic in size. The term “phytoplankton” includes a number of organisms—cyanobacteria, diatoms, dinoflagellates, algae, and coccolithophores—that feed larger creatures such as fish and shrimp. As seen in NASA’S view.

The Black Sea receives contributions of freshwater from several river systems, including the Danube, Dnieper, Dniester, and Don, but it is also connected to the saline Mediterranean and Marmara Seas. These same river systems transport nutrient-filled urban and agricultural runoff to the Black Sea; the nutrients are consumed by phytoplankton and lead to blooms.