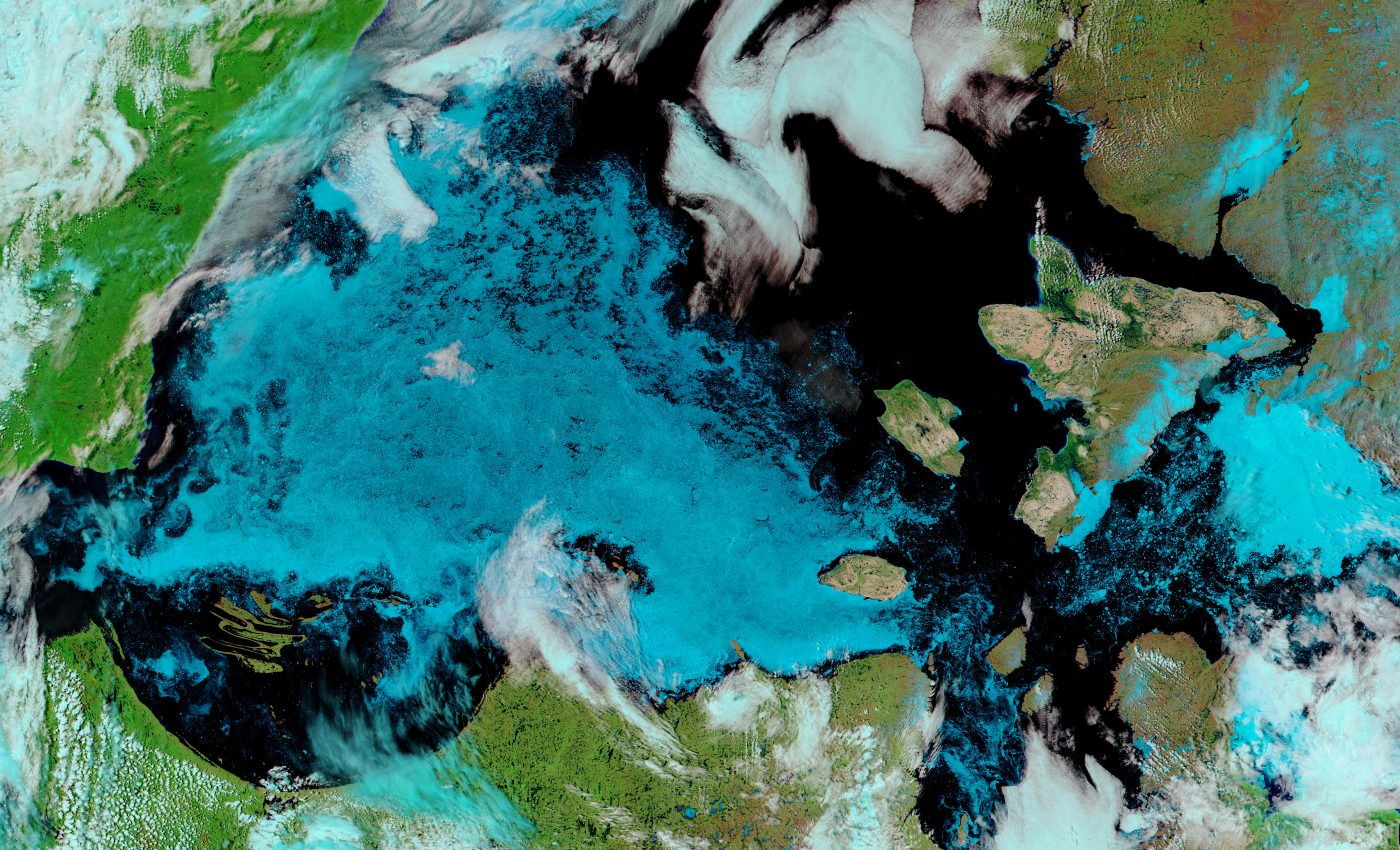 Fields of sea ice melt in northeastern Canada’s Hudson Bay in this false-color Aqua MODIS image acquired on July 5, 2003. The ice in this image is bright turquoise blue, while liquid water is black. Land appears in shades of green and brown, and clouds are white and light blue. During the winter, sea ice accumulates to the point where the ice is so thick as to prohibit the passage of all but the sturdiest of ice-breaking ships, and oftentimes prohibits even them. But as the spring and summer seasons heat the water and air, the ice melts and breaks up, leaving what looks like slush on the water surface. The Bay is generally ice-free and navigable from mid-July to October.

As a whole, Canada is sparsely populated, the majority of its land area being dominated by forest and tundra. Its population is highly urbanized, with over 80 percent of its inhabitants concentrated in large and medium-sized cities, and 70 per cent residing within 100 kilometres (62 mi) of the southern border. Canada’s climate varies widely across its vast area, ranging from arctic weather in the north, to hot summers in the southern regions, with four distinct seasons.