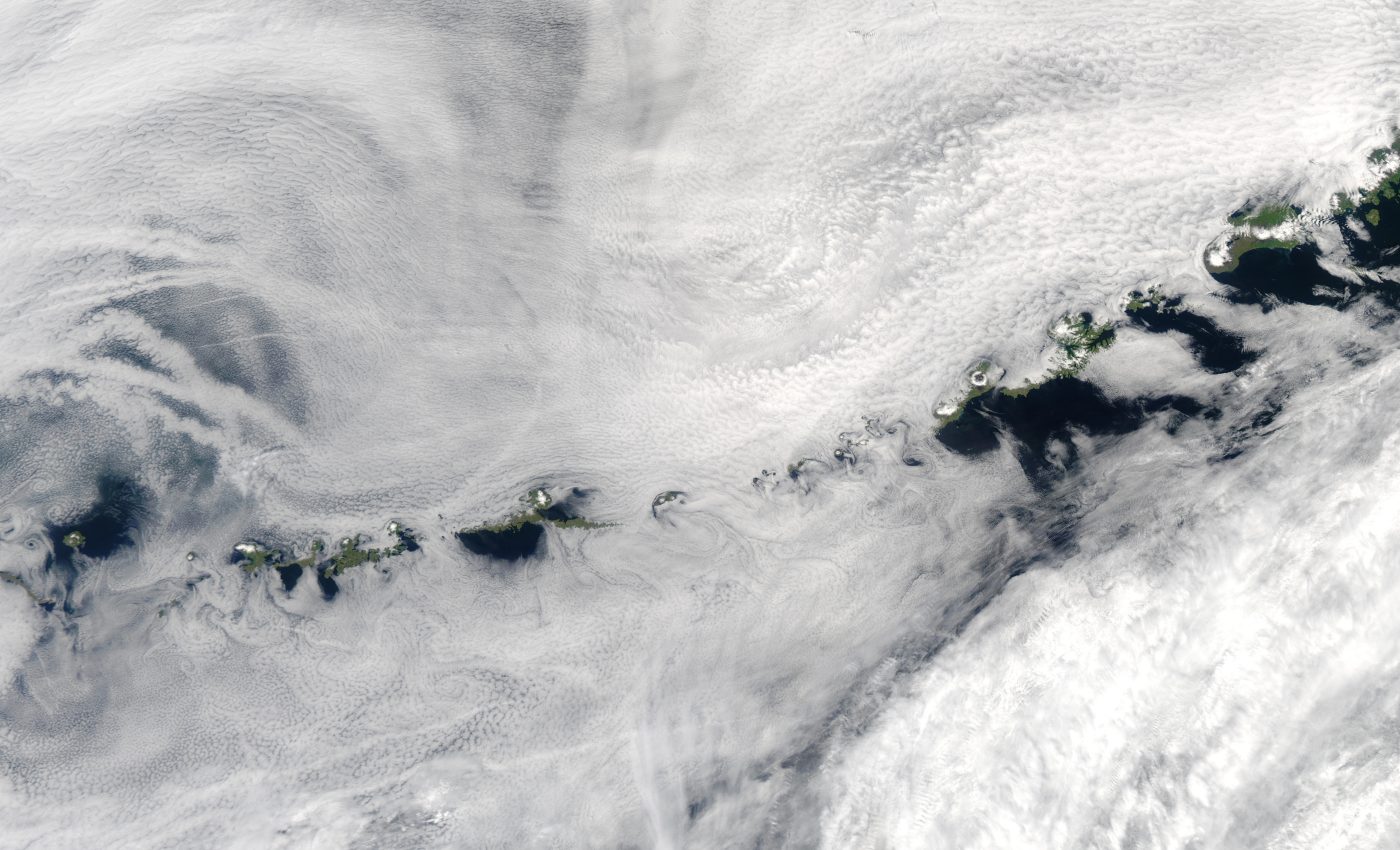 A fantastic array of clouds fills this true-color Moderate Resolution Imaging Spectroradiometer (MODIS) image of the Aleutian Islands on July 3, 2003. The islands trail of the southern end of the Alaska Peninsula, separating the Bering Sea to the north and the northern Pacific Ocean to the south. In the image, the dissolving swirls of ship tracks are visible at left center edge, while surrounding the islands, the clouds are spun into eddies and vortices.

Alaska is a U.S. state in the northwest extremity of the United States West Coast, just across the Bering Strait from Asia. The Canadian province of British Columbia and territory of Yukon border the state to the east and southeast. Its most extreme western part is Attu Island, and it has a maritime border with Russia (Chukotka Autonomous Okrug) to the west across the Bering Strait. To the north are the Chukchi and Beaufort seas—southern parts of the Arctic Ocean. The Pacific Ocean lies to the south and southwest. It is the largest U.S. state by area and the seventh largest subnational division in the world. In addition, it is the 3rd least populous and the most sparsely populated of the 50 United States; nevertheless, it is by far the most populous territory located mostly north of the 60th parallel in North America: its population—estimated at 738,432 by the United States Census Bureau in 2015—is more than quadruple the combined populations of Northern Canada and Greenland. Approximately half of Alaska’s residents live within the Anchorage metropolitan area. Alaska’s economy is dominated by the fishing, natural gas, and oil industries, resources which it has in abundance. United States armed forces bases and tourism are also a significant part of the economy.