Fires in Manitoba and Ontario 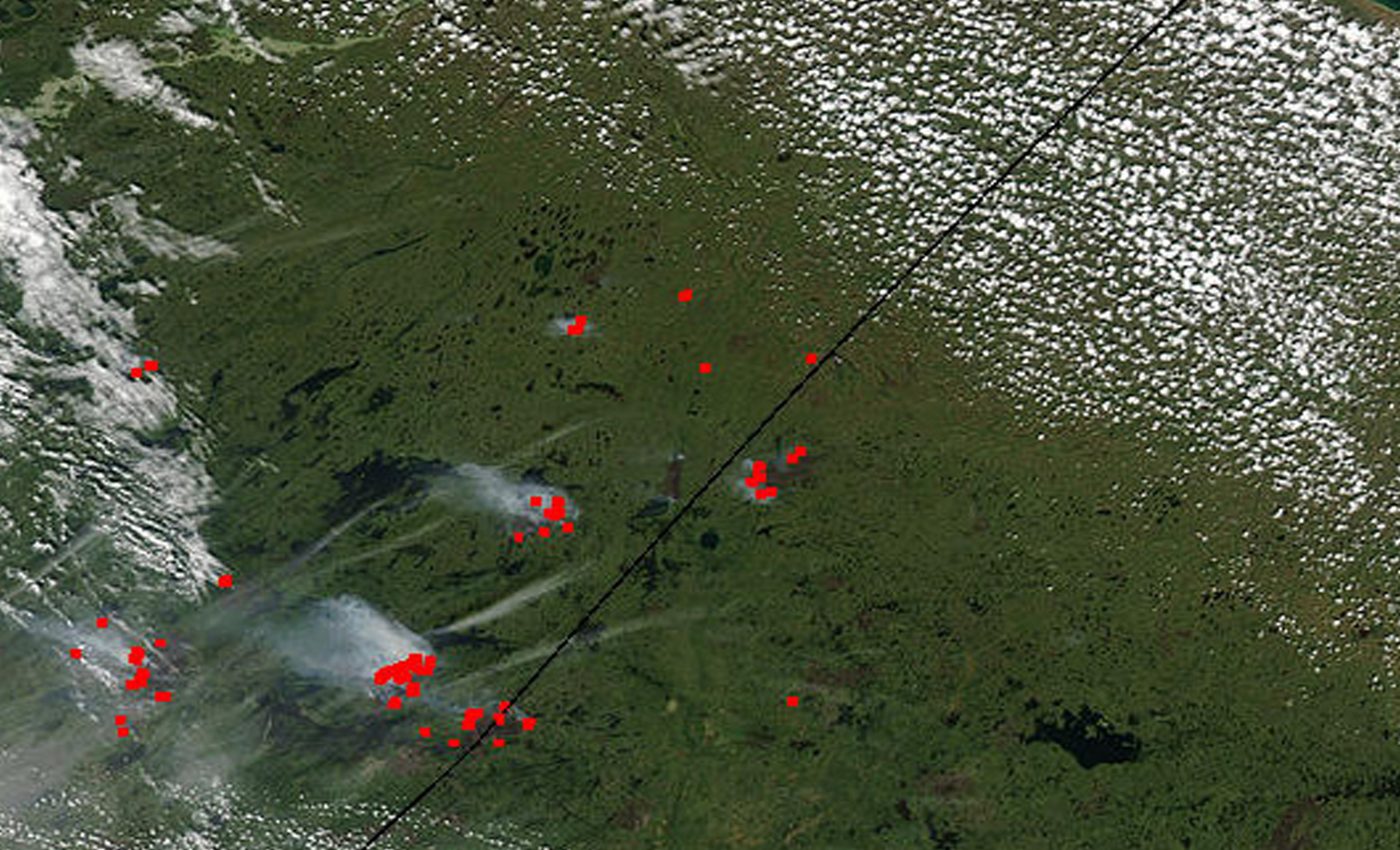 To the southwest of Hudson Bay (upper right), multiple large fires were burning across Manitoba (left) and Ontario (right) on July 2, 2003. The Northeast region of Manitoba has experienced 265 wildfires already this year, which have burned more than 130,000 hectares (more than 320,000 acres). In Ontario, there were 25 active fires of various sizes burning over an area of 262,715 hectares (almost 650,000 acres) as of June 30. These images and fire detection were made by the Moderate Resolution Imaging Spectroradiometer (MODIS) on the Aqua satellite.
The high-resolution image provided above is 500 meters per pixel. The MODIS Rapid Response System proOntario (/ɒnˈtɛərioʊ/ (listen); French pronunciation:  is one of the 13 provinces and territories of Canada.Located in Central Canada, it is Canada’s most populous province accounting for 38.3 percent of the country’s population, and is the second-largest province in total area. Ontario is fourth-largest jurisdiction in total area when the territories of the Northwest Territories and Nunavut are included. It is home to the nation’s capital city, Ottawa, and the nation’s most populous city, Toronto,which is also Ontario’s provincial capital.
Ontario is bordered by the province of Manitoba to the west, Hudson Bay and James Bay to the north, and Quebec to the east and northeast, and to the south by the U.S. states of (from west to east) Minnesota, Michigan, Ohio, Pennsylvania, and New York. Almost all of Ontario’s 2,700 km (1,678 mi) border with the United States follows inland waterways: from the west at Lake of the Woods, eastward along the major rivers and lakes of the Great Lakes/Saint Lawrence River drainage system.vides this image at MODIS’ maximum spatial resolution of 250 meters.