Mount Fuji is missing much of its snow cap this year • Earth.com 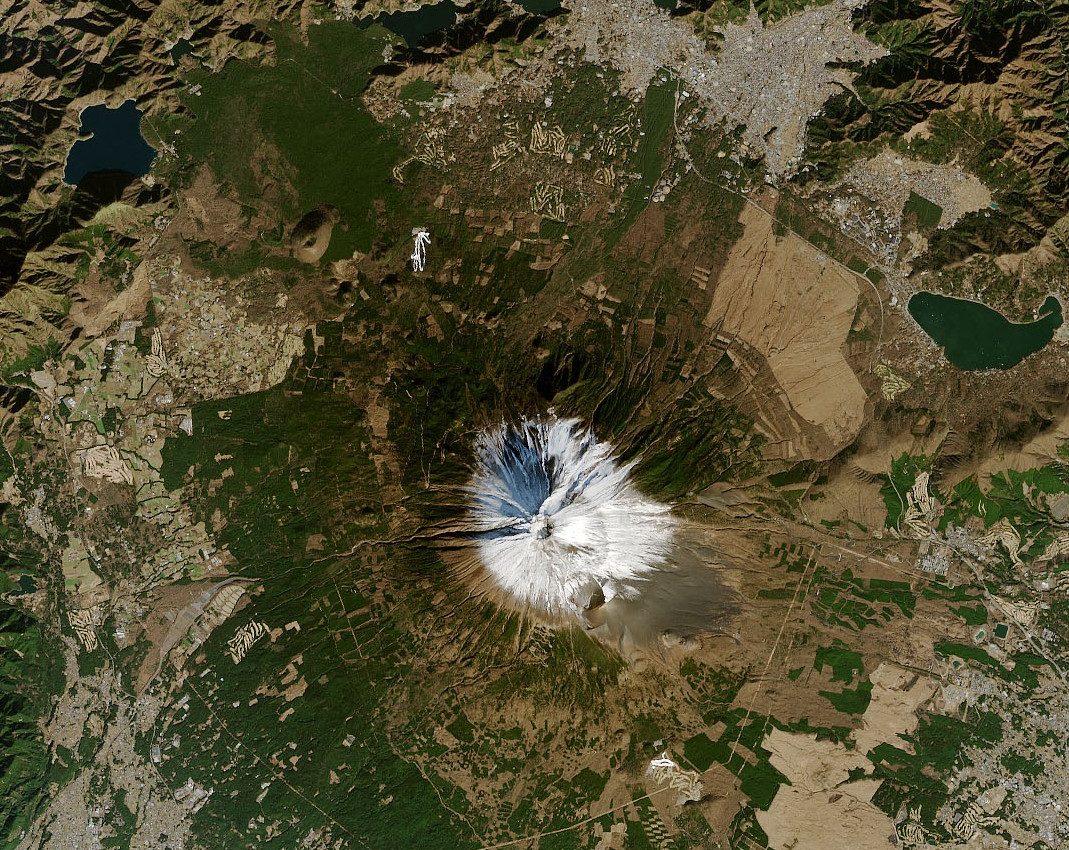 Mount Fuji is missing much of its snow cap this year. Today’s Image of the Day from NASA Earth Observatory features, Mount Fuji, the tallest peak in Japan.

According to NASA. the mountain’s iconic snow cap has been much smaller this year and even absent at times.

Normalized Difference Snow Index (NDSI) observations from the Terra satellite indicate that December 2020 snow cover on Mount Fuji was among the lowest in the satellite’s 20-year record.

Similar observations were made from the ground, as temperatures on the mountain were unusually warm during the first two weeks of December. Mount Fuji is missing much of its snow cap this year

“Stations around Mount Fuji recorded much less precipitation than usual in December,” said Toshio Iguchi, a remote sensing scientist based at the NASA Goddard Space Flight Center. “Through December 24, it was only 10 percent of an average year.” Mount Fuji, located on the island of Honshū, is the highest mountain in Japan, standing 3,776.24 m. It is the second-highest volcano located on an island in Asia, and seventh-highest peak of an island on Earth. Mount Fuji is an active stratovolcano that last erupted from 1707 to 1708. The mountain stands about 100 km southwest of Tokyo and is visible from there on clear days. Mount Fuji’s exceptionally symmetrical cone, which is snow-capped for about five months of the year, is commonly used as a cultural icon of Japan and it is frequently depicted in art and photography, as well as visited by sightseers and climbers.