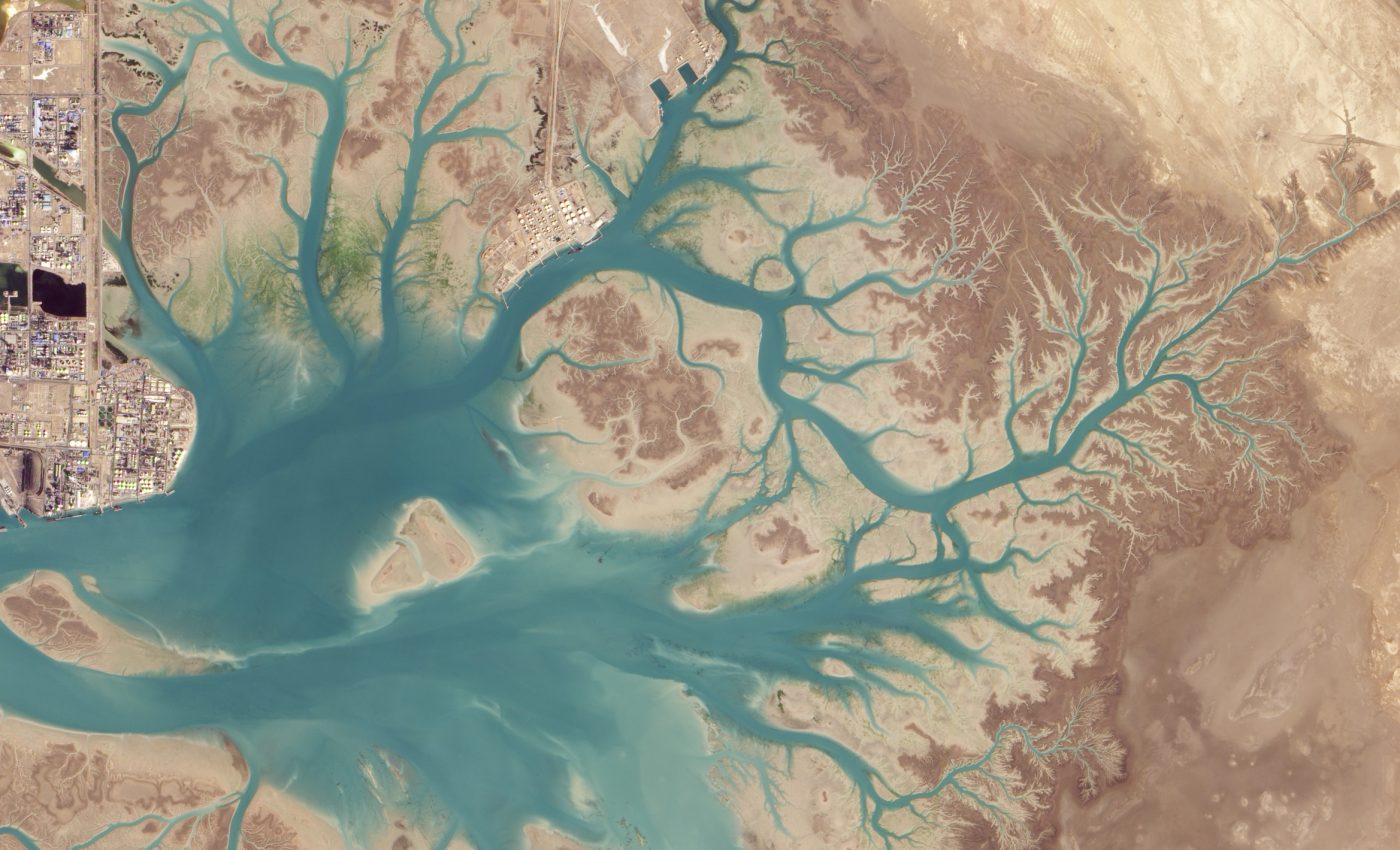 Today’s Image of the Day comes from the NASA Earth Observatory and features an overhead look at Musa Bay, Iran as seen from space.

This image was captured by the Advanced Land Imager on board NASA’s EO-1 satellite and shows how various rivers throughout southern Iran converge here before emptying into the Persian Gulf. As a result, the area was a very early shipping center and remains one of Iran’s largest port cities.

Musa Bay, Iran seen from space His reign saw raids against Qocho and Khotan. He developed water conservancy and transportation near Kashgar and founded a school and a library. Ibn ul-Athir reported that during his reign, there were 200,000 Turkic people embraced Islam in 960. Samanid proselytizers Abul Hasan Said b. Hatim and Abuzar Ammar at-Tamimi were instrumental in this regard.

Musa Baytash temporarily lost Kashgar to King of Khotan, Visa Sura (尉迟输罗) when latter attacked Karakhanid state in 971. He won a big victory. In addition to women and children, there were elephants in the spoils, which were sent to Song China as tribute. It’s unknown when his reign came to an end.

He left only one son – Ali Arslan Khan. His daughter Büwi Maryam’s tomb located in Beshkerem (伯什克热木乡), Kashgar is holy site for Muslims. Musa Baytash Khan was the fifth head of Karakhanid state and second Muslim khan to rule. His name often mentioned as Tonga Illig, Arslan Khan (in Tazkirah Bughra Khan). His brother was the lesser khan with western parts of the country assigned as his appanage.