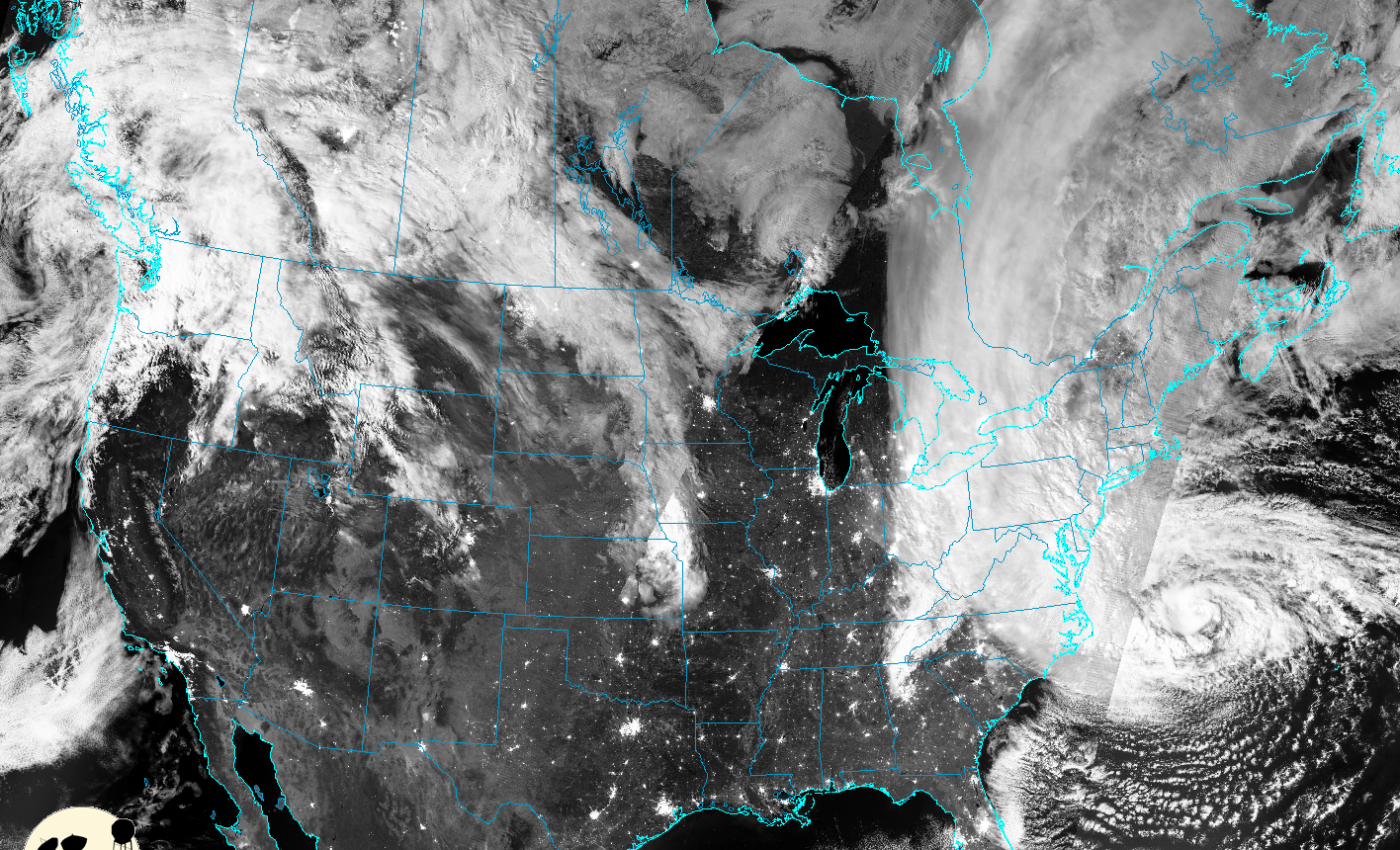 As Hurricane Sandy made a historic landfall on the New Jersey coast during the night of Oct. 29, the Visible Infrared Imaging Radiometer Suite (VIIRS) on NASA/NOAA’s Suomi National Polar-orbiting Partnership (NPP) satellite captured this night-time view of the storm. This image provided by University of Wisconsin-Madison is a composite of several satellite passes over North America taken 16 to18 hours before Sandy’s landfall.

The storm was captured by a special “day-night band. Therefore  detects light in a range of wavelengths from green to near-infrared. And uses filtering techniques to observe dim signals such as auroras, airglow, gas flares, city lights, fires and reflected moonlight. Also the City lights in the south and mid-section of the United States are visible in the image.

William Straka, associate researcher at Cooperative Institute for Meteorological Satellite Studies. University of Wisconsin-Madison, explains that since there was a full moon there was the maximum illumination of the clouds.

“You can see that Sandy is pulling energy both from Canada as well as off in the eastern part of the Atlantic,” Straka said. “Typically forecasters use only the infrared bands at night to look at the structure of the storm. However, using images from the new day/night band sensor. And in addition to the thermal channels can provide a more complete and unique view of hurricanes at night.”

VIIRS is one of five instruments onboard Suomi NPP. The mission is the result of a partnership between NASA, the National Oceanic and Atmospheric Administration, and the U.S. Department of Defense.