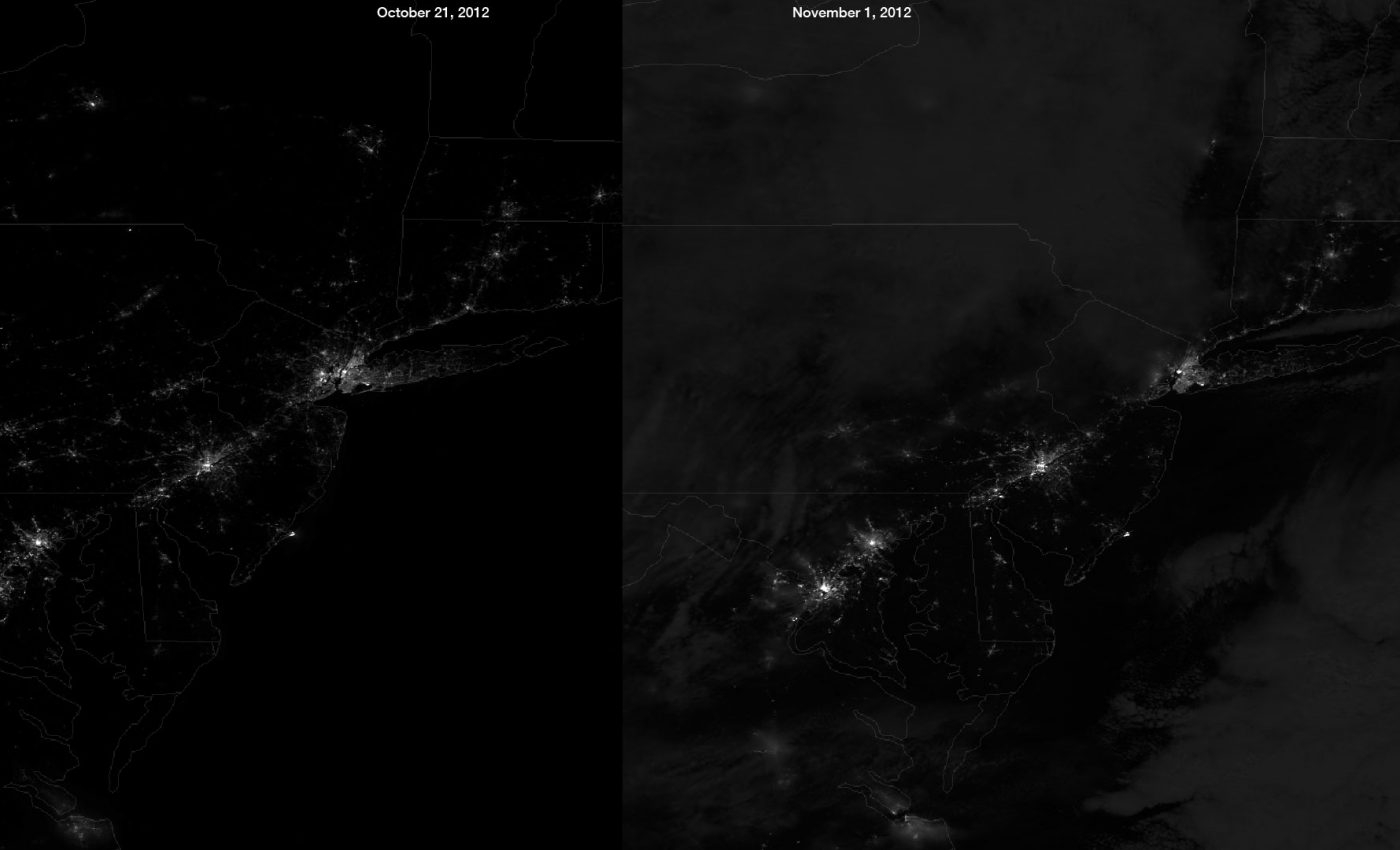 NPP Satellite Captures Hurricane Sandy’s Blackout. The NASA/NOAA Suomi NPP satellite’s day/night band measures light emanating from the ground. And showing human settlements and industrial activity. And also moonlight reflected off of clouds. The image on the left was taken on October 21, 2012.

And on an evening of a waxing crescent moon with little cloud cover over the northeastern US. This image on the right was taken in the early morning of November 1, 2012. Just two days after a full moon. Hurricane Sandy’s impact on the region was seen clearly by comparing these two images. Credit: NASA/NOAA/CIMSS, Univ. of Wisconsin