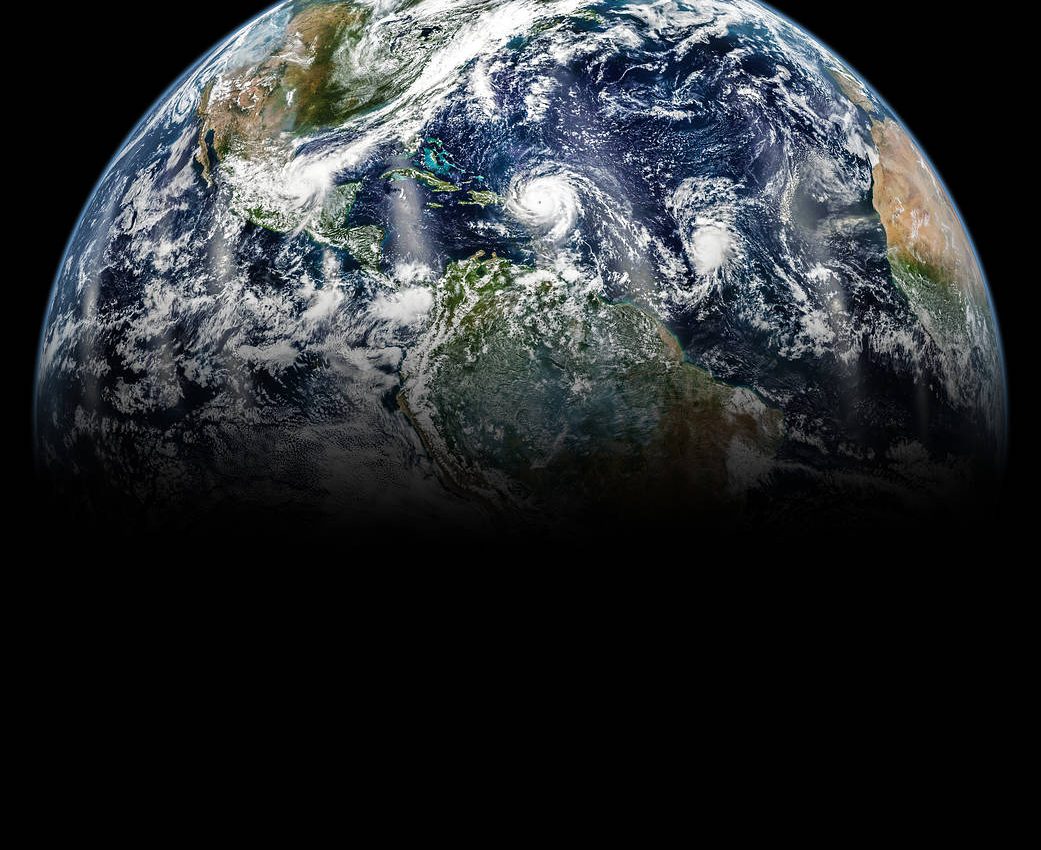 NASA’s vantage point from space Today’s Image of the Day from NASA shows the Earth in September of 2017, when several large hurricanes were moving across the Atlantic Ocean.

This image was created by assembling images captured by the Visible Infrared Imaging Radiometer Suite (VIIRS) instrument on the Suomi-NPP.The National Aeronautics and Space Administration (NASA, /ˈnæsə/) is an independent agency of the United States Federal Government responsible for the civilian space program, as well as aeronautics and aerospace research.

NASA was established in 1958, succeeding the National Advisory Committee for Aeronautics (NACA). The new agency was to have a distinctly civilian orientation, encouraging peaceful applications in space science. Since its establishment, most US space exploration efforts have been led by NASA, including the Apollo Moon landing missions, the Skylab space station, and later the Space Shuttle. NASA is supporting the International Space Station and is overseeing the development of the Orion Multi-Purpose Crew Vehicle, the Space Launch System and Commercial Crew vehicles. The agency is also responsible for the Launch Services Program which provides oversight of launch operations and countdown management for uncrewed NASA launches. Also NASA’s vantage point from space shown in image above captures the amazing lighting difference.