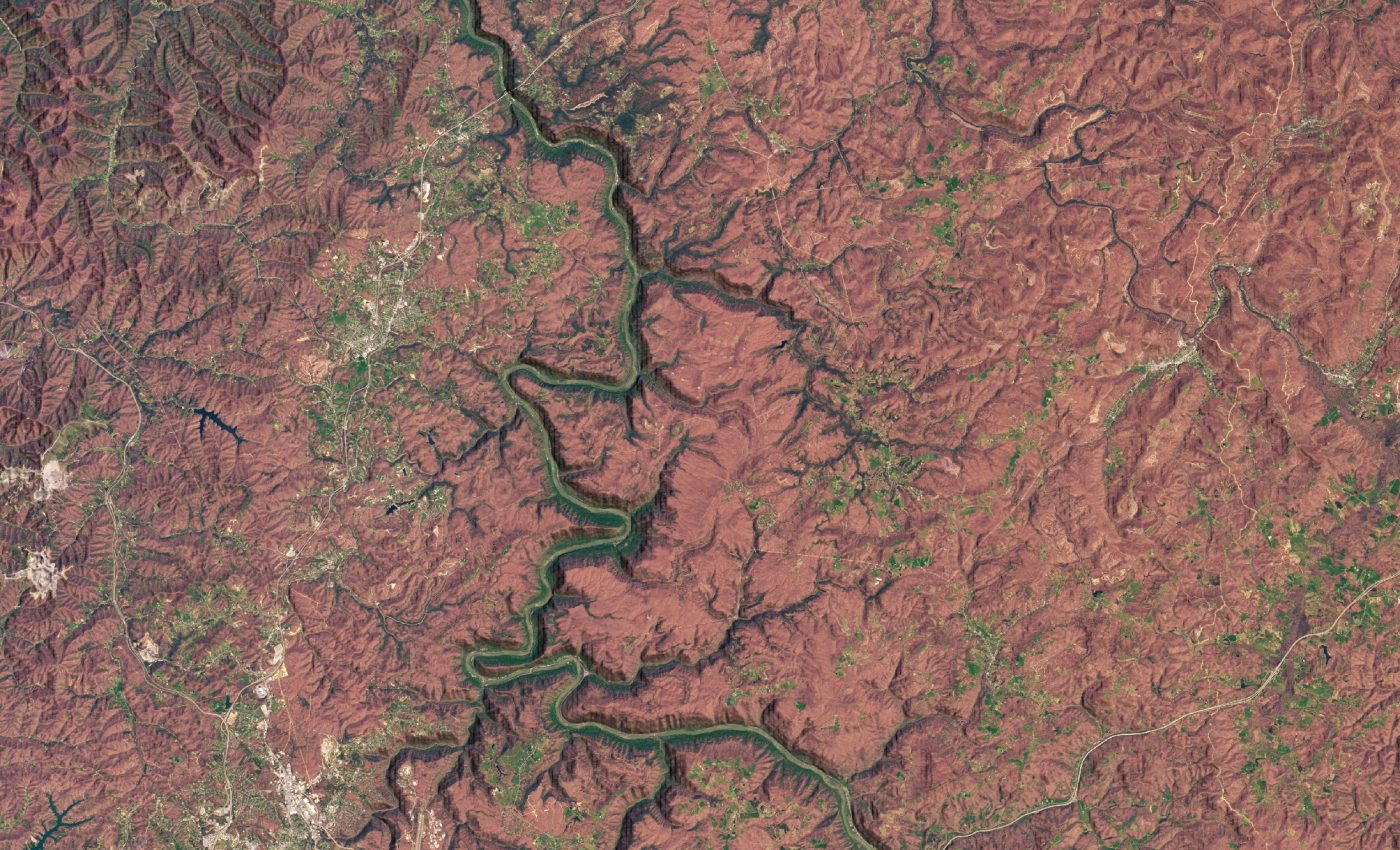 The image of the New River Gorge National Park and Preserve was captured on April 22, 2020 by the Operational Land Imager (OLI) on the Landsat 8 satellite.

The photograph is overlaid on digital elevation data from the Shuttle Radar Topography Mission (SRTM) to give a sense of the topography. The shaded areas represent land within the park.

Dating back more than 300 million years, the New River is one of the oldest rivers in the world. Some people believe that the river rose up with the Appalachian Mountains as they were formed.

The New River is one of only a handful of rivers that flows primarily from south to north. It begins in western North Carolina in Ashe County and passes through Virginia into West Virginia.

According to NASA, the New River Gorge attracts more than a million visitors each year for its famous whitewater rafting courses, as well as hiking, rock climbing, hunting, and fishing.