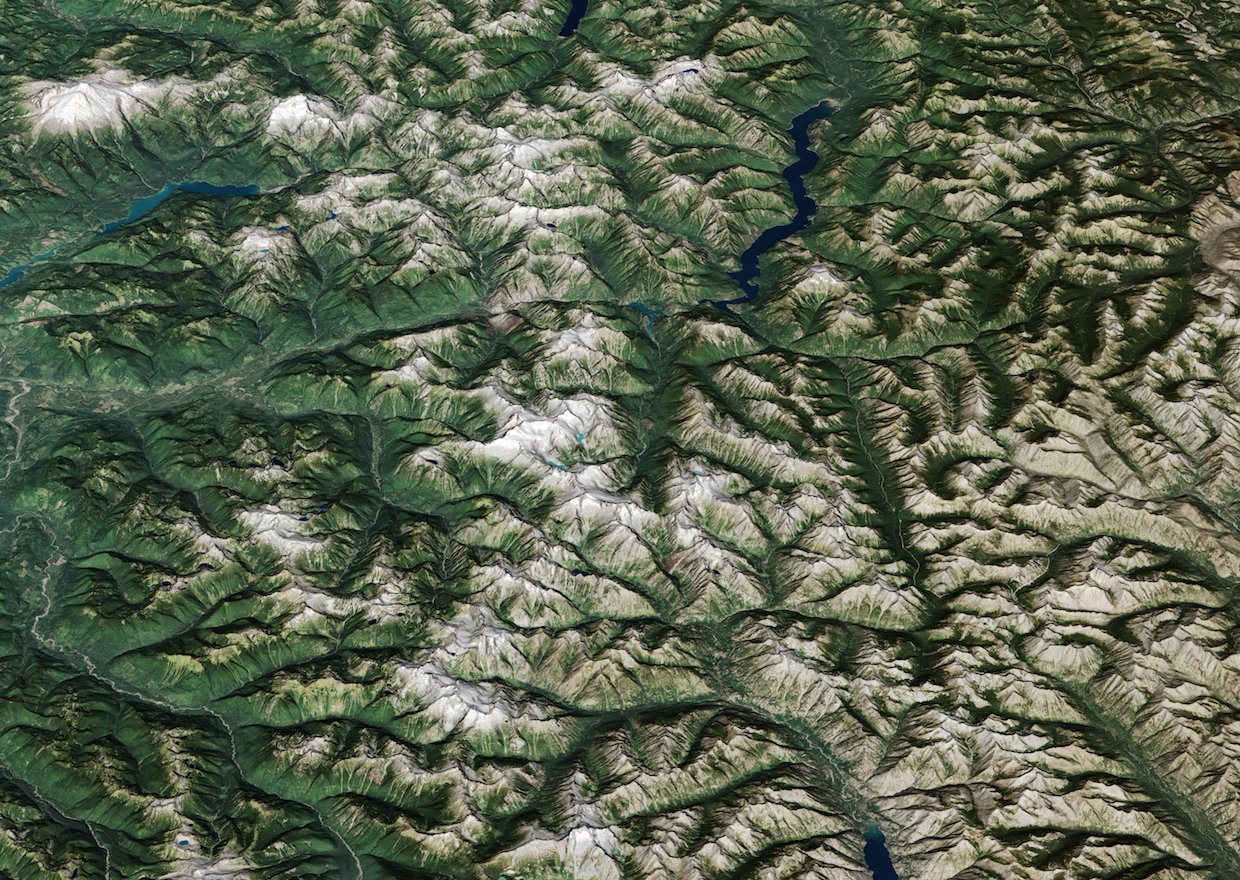 Today’s Image of the Day comes thanks to the NASA Earth Observatory and features a look at North Cascades National Park in Washington.

The park contains over 300 glaciers and claims the title of the most heavily glaciated area in the continental United States. The Cascade mountain range spans from California to to British Columbia, although the part covered by glaciers has shrunk by about 50% in the last 100 years.

This image was captured by the Operational Land Imager (OLI) on board NASA’s Landsat 8 satellite in September 2016.