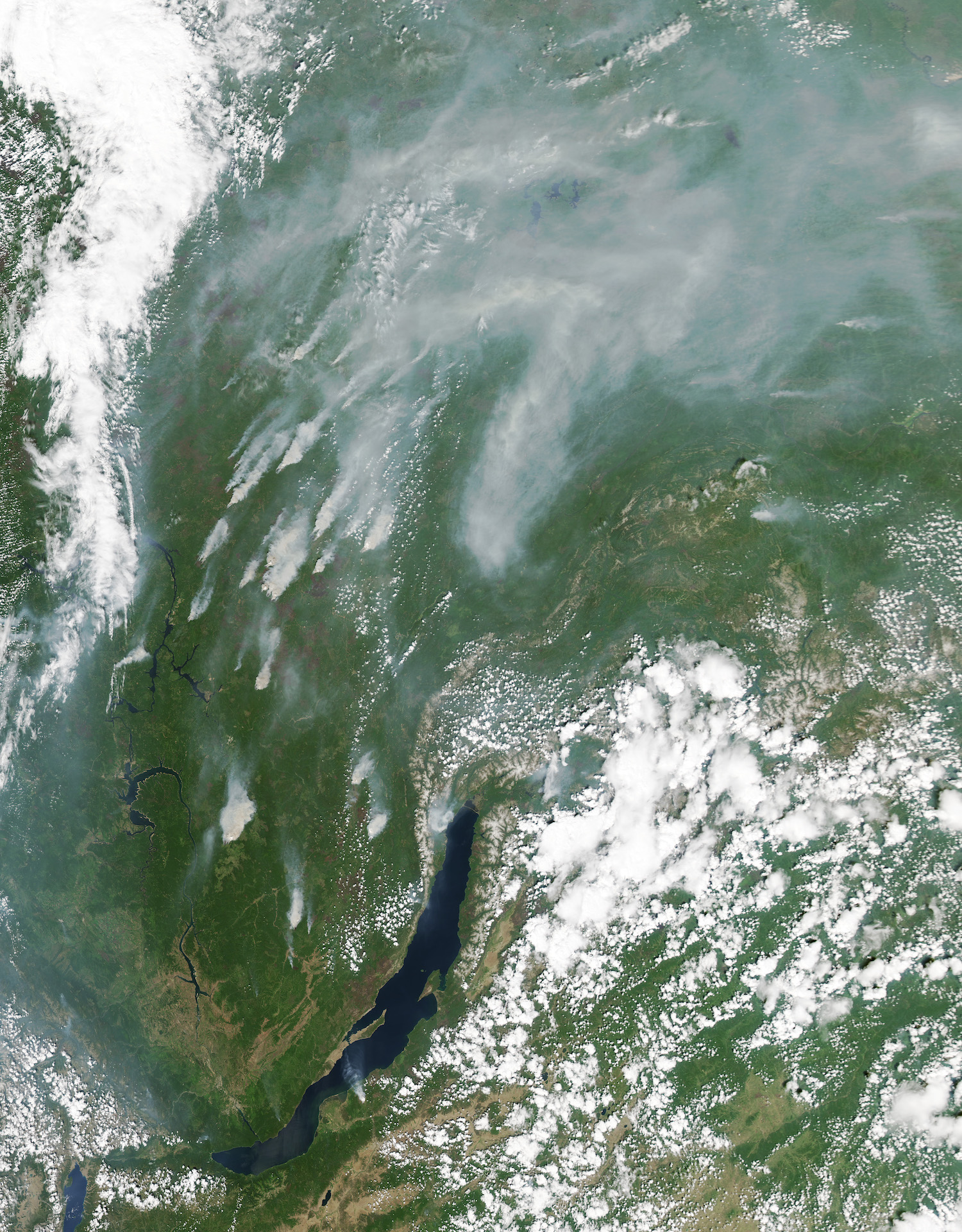 Today’s Image of the Day comes thanks to the NASA Earth Observatory and features a look at wildfires burning across southern Siberia in June 2017.

The Russian state media has reported that the fires covered over 100 square miles of the Irkutsk Oblast area of southern Siberia and neighboring states. The cause of the wildfires is thought to be a combination of dry lightning and human carelessness.

This image was captured by the Moderate Resolution Imaging Spectroradiometer on board NASA’s Aqua satellite. The natural-color photo shows fires burning near Lake Baikal and the Angara River.