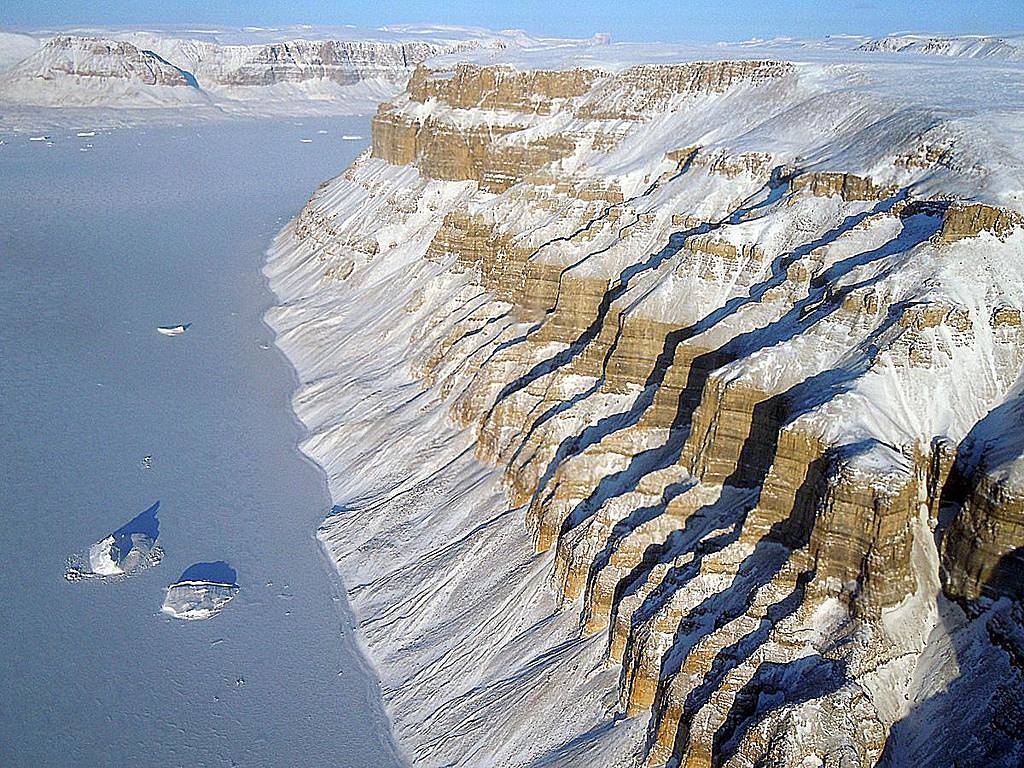 On March 29, 2011, Operation IceBridge flew between deep canyons and over glaciers along the northwest  Greenland Canyons. IceBridge, now in its third year, makes annual campaigns in the Arctic and Antarctic where science flights monitor glaciers, ice sheets and sea ice.

Also there are Multiple IceBridge participants blogging on the Earth Observatory have recounted the same experience. And stepping into the cold at Thule to find the insides of their noses frozen.
As IceBridge flights monitor Greenland’s ice, so do scientists. The island has experienced widespread glacier melt since the turn of the 21st century. A Nature Geoscience paper published in 2010 concluded that, at their fronts, glaciers in western Greenland are melting as much as 100 times faster on their bottoms than on their tops. The higher rate of melting is driven by warming ocean waters.