Oil fields along the Ob River 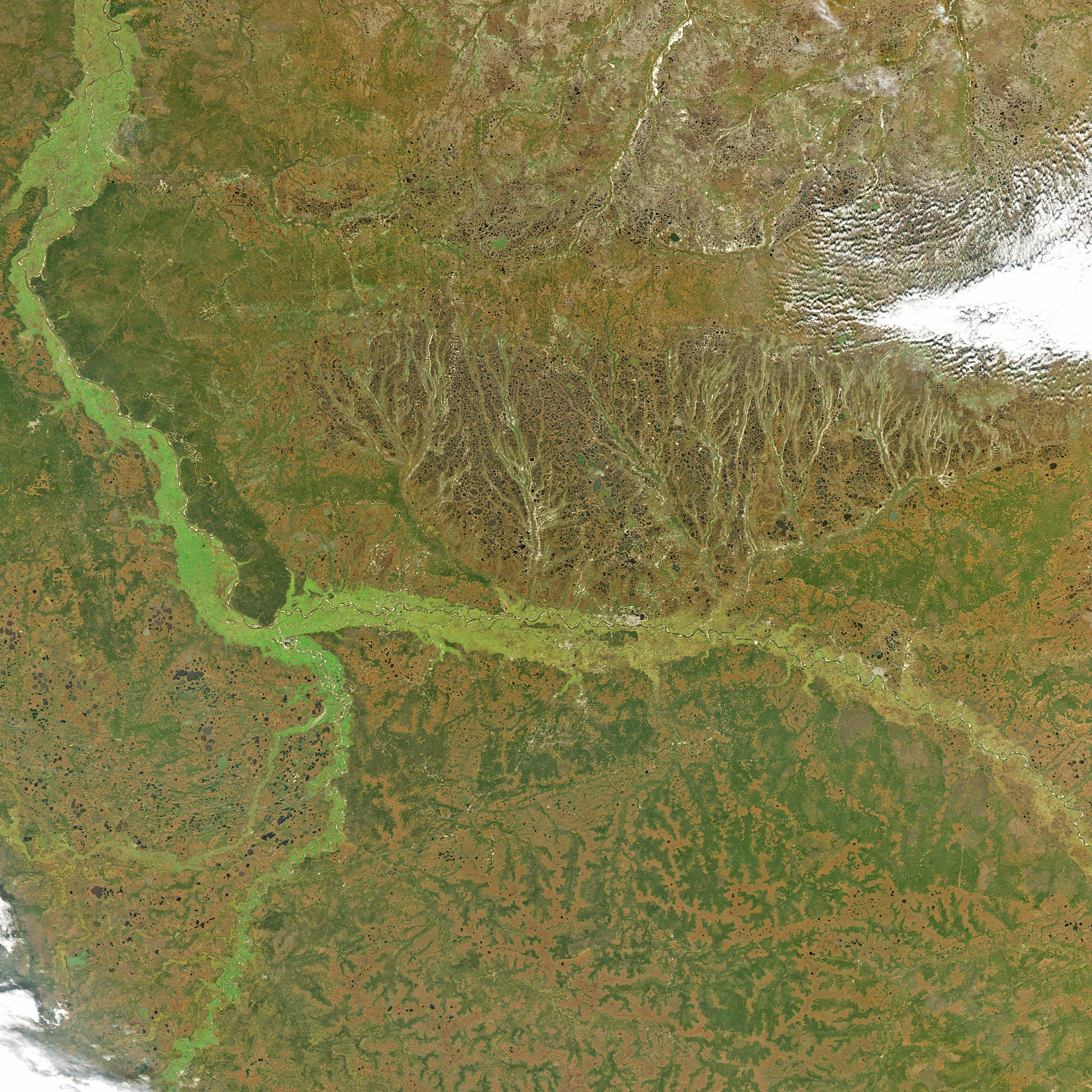 The Ob River runs a course through the middle of Russia’s largest and most important gas and oil region. The West Siberian Basin, a vast region of tundra and taiga in north-central Russia, contributes about two-thirds of the country’s crude oil and natural gas output.

While most of the gas fields are clustered north of the Arctic Circle along the Yamal and Gydan Peninsulas, this image features oil fields near the confluence of the Irtysh and Ob rivers. The oil-drilling operations appear as a network of scattered gray dots against the green and brown landscape. In the floodplains and stream valleys, forests (green) dominate, whereas fall weather has turned vegetation in the bogs, fens, and mires (north and south of the river) brown. Large numbers of lakes (dark blue) are scattered throughout the image. The tendrils of green running through the swampy areas are forests. The Moderate Resolution Imaging Spectroradiometer(MODIS) on NASA’s Aqua satellite acquired the image on September 30, 2016.

While the fossil fuels in the West Siberian Basin have been an economic boon for Russia, they also have had a significant impact on the environment. In June 2015, a leak in an oil pipeline blackened the Ob River and contaminated tap water in the city of Nefteyugansk.