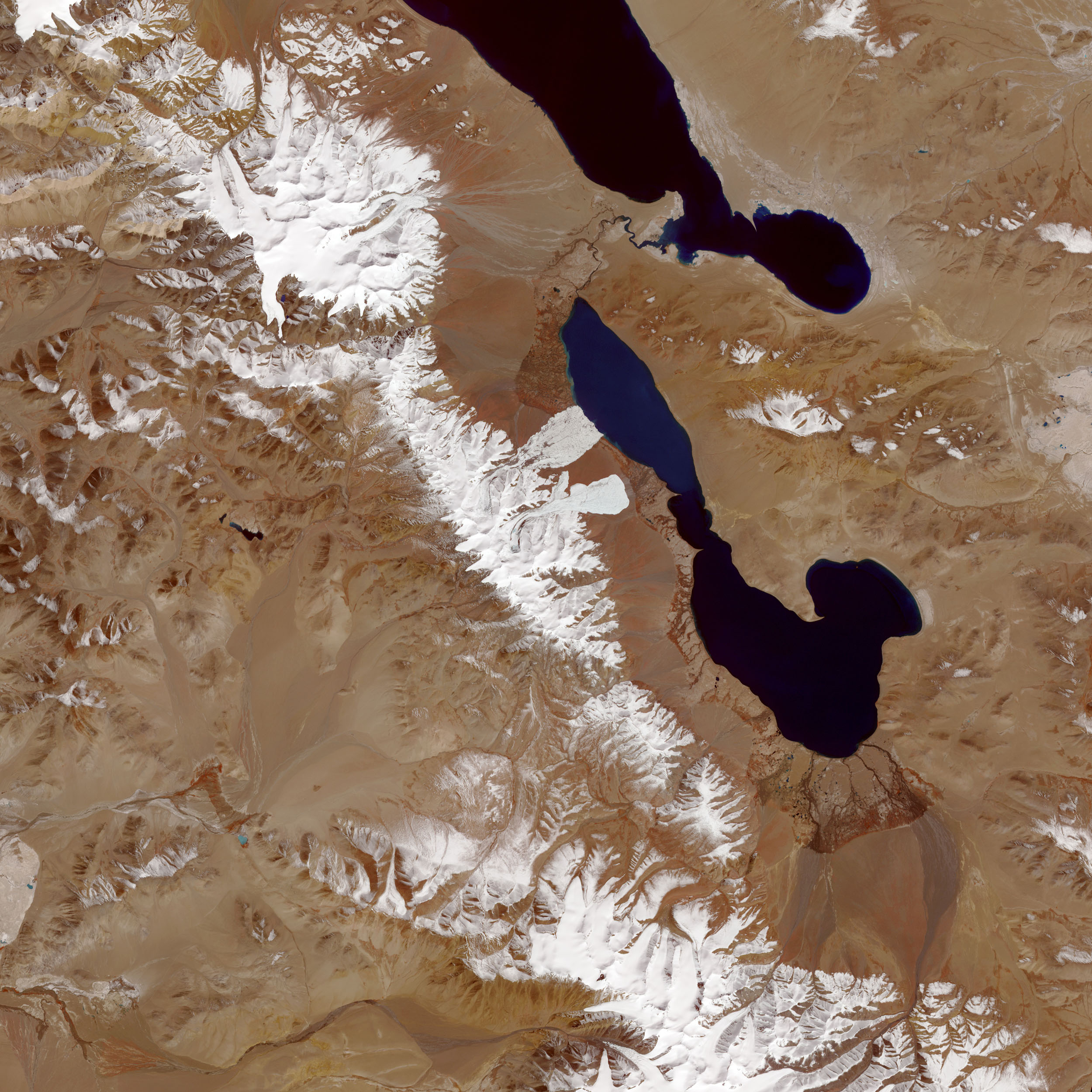 In July 2016, a massive and mysterious avalanche sent glacial ice and rock spilling down a valley in the Aru Range of Tibet. Leading glaciologists were baffled by what might have caused the ice avalanche in Tibet, which killed nine people. In the months before, temperatures had been normal, and there was nothing out of the ordinary about the rainfall. Most surprisingly, the part of the glacier that collapsed sat on fairly flat terrain.

In September 2016, the story got even stranger. A second massive avalanche occurred just a few kilometers to the south of the first. “Even one of these gigantic glacier avalanches is very unusual,” said Andreas Kääb, a glaciologist at the University of Oslo. “Two of them within close geographical and temporal vicinity is, to our best knowledge, unprecedented.”

Notice that the older avalanche appears significantly darker than the newer one in the SAR image. The brightness of a radar image varies based on the “roughness” of the surface and how much moisture it contains. Rougher surfaces and those with low water content appear brighter. The first avalanche either had a smoother and/or wetter surface than the newer avalanche, most likely because ice on the surface of the older avalanche has been exposed longer and had time to partially melt. Distinguishing between wetness and surface roughness based on this satellite imagery is not possible. 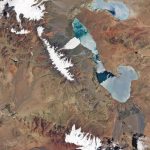 Below, an image from the Advanced Spaceborne Thermal Emission and Reflection Radiometer (ASTER) on NASA’s Terra satellite shows both avalanches in false color. This image was acquired on October 4, 2016.

Ever since the first avalanche, scientists affiliated with the International Association of Cryospheric Sciences and the International Permafrost Association have been racing to understand what caused it. While analyzing optical and radar data from satellites for the months prior to the collapse, they noticed a distinctive pattern of crevasses on the glacier surface, as well as changes in the height. Both suggested that it was in the process of surging—a term glaciologists use to describe the unusually rapid flow of ice from the upper part of a glacier to the lower part.

Though ice in a surging glacier can flow 10 to 100 times faster than usual, there have been no documented cases of surging glaciers causing abrupt and violent collapses. However, in the case of the Tibet glaciers, observations made by Sentinel and other satellites suggest that the surging process may have primed the glaciers for collapse. The first glacier started to surge by at least September 2015, but then stalled a few months later as the flow reached a narrow valley. Computer simulations conducted by a team of Swiss scientists suggest that the blockage caused extra water to build up beneath and inside the glacier, and that the extra lubrication made the glacier more likely to collapse. The pooling of melt water (light blue) on the glacier surface in the lower third of the ASTER image provides another line of evidence that excess lubrication was part of the collapse.

While avalanches are difficult to predict, the scientists detected clues that a second avalanche was poised to happen. Seeing the same telltale crevasses and changes in elevation that preceded the first collapse, the team warned Chinese scientists and government officials on September 21, 2016, that a second avalanche appeared to be imminent to the south. The warning turned out to be just a little too late. Just a few hours before the warning arrived, the second glacier had already collapsed in spectacular fashion, sending another huge load of ice spilling toward Aru Co.

The search for the precise causes of the avalanches continues. Despite their close proximity, Kääb says there is no evidence of a direct physical connection between the glaciers or their collapse. The similarities between the two events imply that shared factors—such as short-term weather conditions, longer term climate change, and the underlying geological or topographic environment—may have played a role.