Oil Slick off the Mississippi Delta 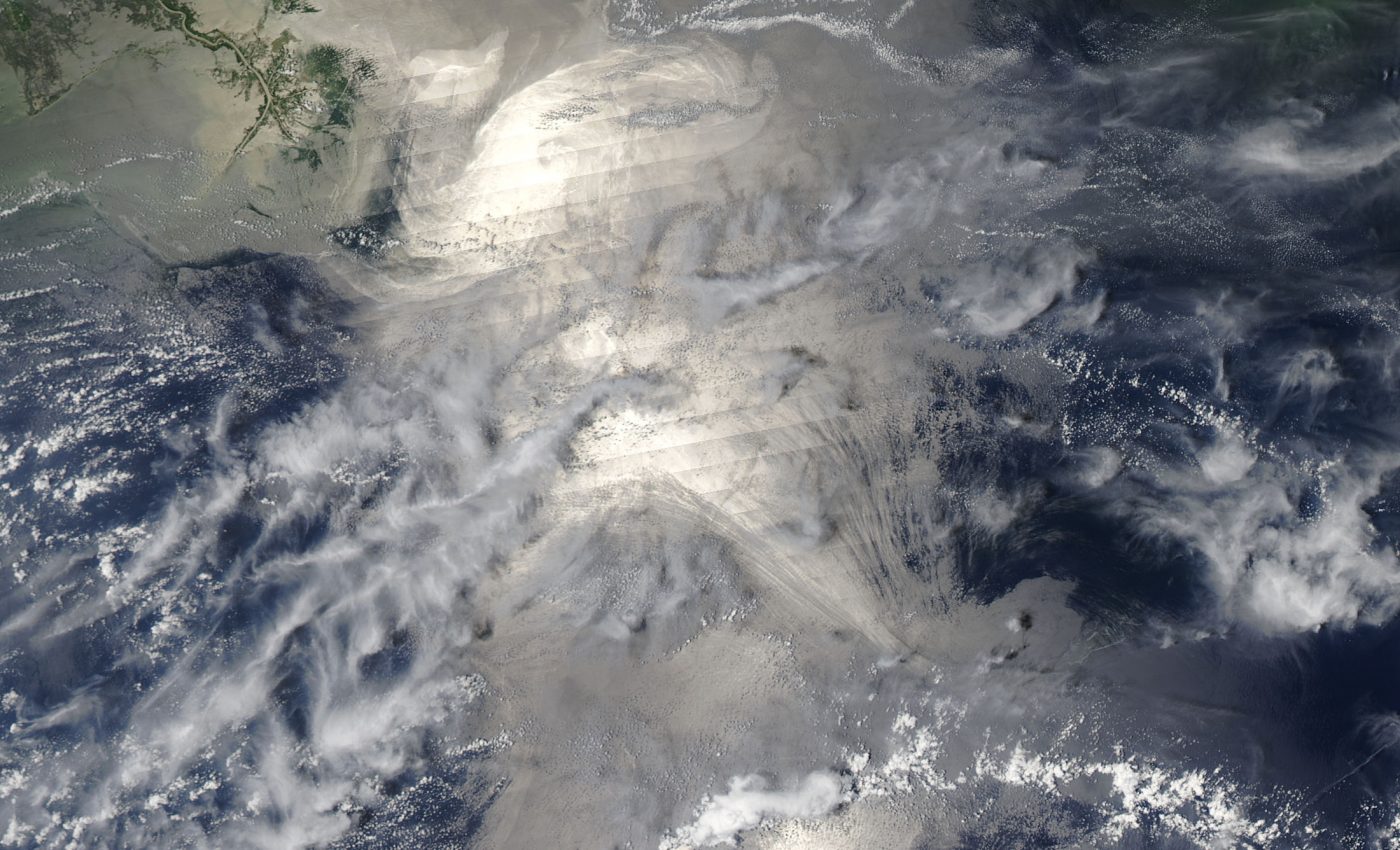 Sunlight and oil colored the surface waters of the Gulf of Mexico around the Mississippi Delta on May 18, 2010. The Moderate Resolution Imaging Spectroradiometer (MODIS) on NASA’s Aqua satellite acquired this natural-color image the same day.

The diagonal stripes mark the boundaries between each rotation of the scanning mirror that MODIS uses to observe light reflected from the Earth; the stripes are perpendicular to the satellite’s path. These scan lines are accentuated by sunglint—the mirror-like reflection of the Sun off the water.

Besides hinting at the sensor’s scans, the sunglint also illuminates oil slicks on the sea surface. Bright oil slicks appear east and southeast of the delta. As in earlier images, the oil slick spans many kilometers off the delta. Not all of the pale-hued water, however, is slicked with oil. As an image from April 25 shows, the Mississippi Delta is typically surrounded by sediment-clogged freshwater. Along the left edge of the image, the camel-toned water is probably freshwater filled with sediment.The Mississippi Delta, also known as the Yazoo-Mississippi Delta, is the distinctive northwest section of the U.S. state of Mississippi (and portions of Arkansas and Louisiana) which lies between the Mississippi and Yazoo Rivers. The region has been called “The Most Southern Place on Earth”] (“Southern” in the sense of “characteristic of its region, the American South”), because of its unique racial, cultural, and economic history. It is 200 miles (320 km) long and 87 miles (140 km) across at its widest point, encompassing about 4,415,000 acres (17,870 km2), or, almost 7,000 square miles of alluvial floodplain. Originally covered in hardwood forest across the bottomlands, it was developed as one of the richest cotton-growing areas in the nation before the American Civil War (1861–1865). The region attracted many speculators who developed land along the riverfronts for cotton plantations; they became wealthy planters dependent on the labor of black slaves, who comprised the vast majority of the population in these counties well before the Civil War, often twice the number of whites.