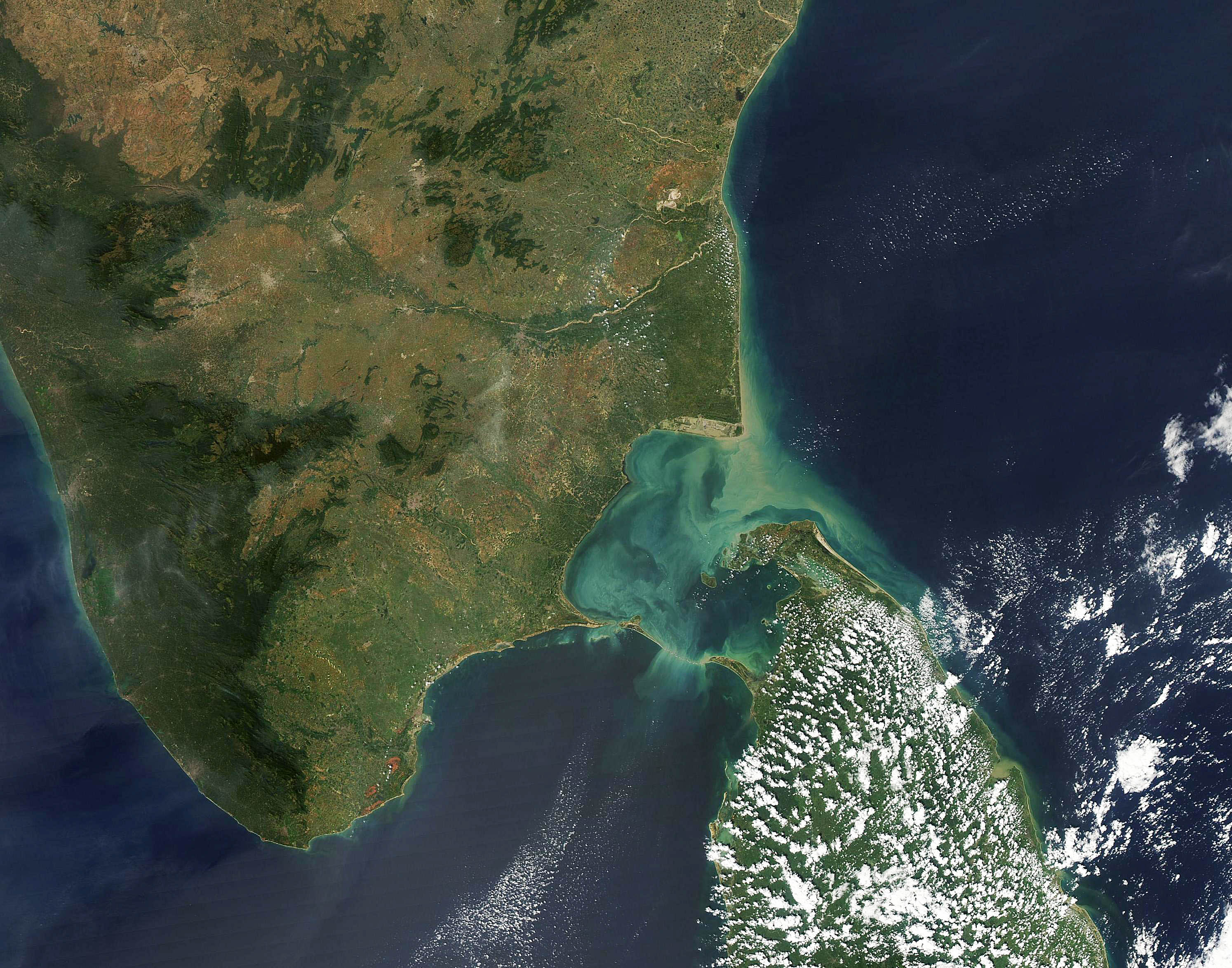 The Palk Strait separates southern India from Sri Lanka and connects the Bay of Bengal in the northeast with the Gulf of Mannar in the southwest. Several rivers dump sediment in the Palk Strait, but the flow of the sediment to the southwest is limited by a shallow water surrounding a chain of islands which lie between India and Sri Lanka. Thanks to this feature, the water in the Gulf of Mannar remains nearly sediment free.

South India is the area encompassing the Indian states of Andhra Pradesh, Karnataka, Kerala, Tamil Nadu and Telangana as well as the union territories of Andaman and Nicobar, Lakshadweep and Puducherry, occupying 19.31% of India’s area (635,780 km2 or 245,480 sq mi). Covering the southern part of the peninsular Deccan Plateau, South India is bounded by the Bay of Bengal in the east, the Arabian Sea in the west and the Indian Ocean in the south. The geography of the region is diverse with two mountain ranges – the Western and Eastern Ghats, bordering the plateau heartland. Godavari, Krishna, Kaveri, Tungabhadra and Vaigai rivers are important non-perennial sources of water. Bengaluru, Chennai, Hyderabad, Coimbatore, Kochi, Visakhapatnam, Thiruvananthapuram , Mysuru, Vijayawada, Madurai, Mangalore, Tiruchirapalli are some of the major cities.