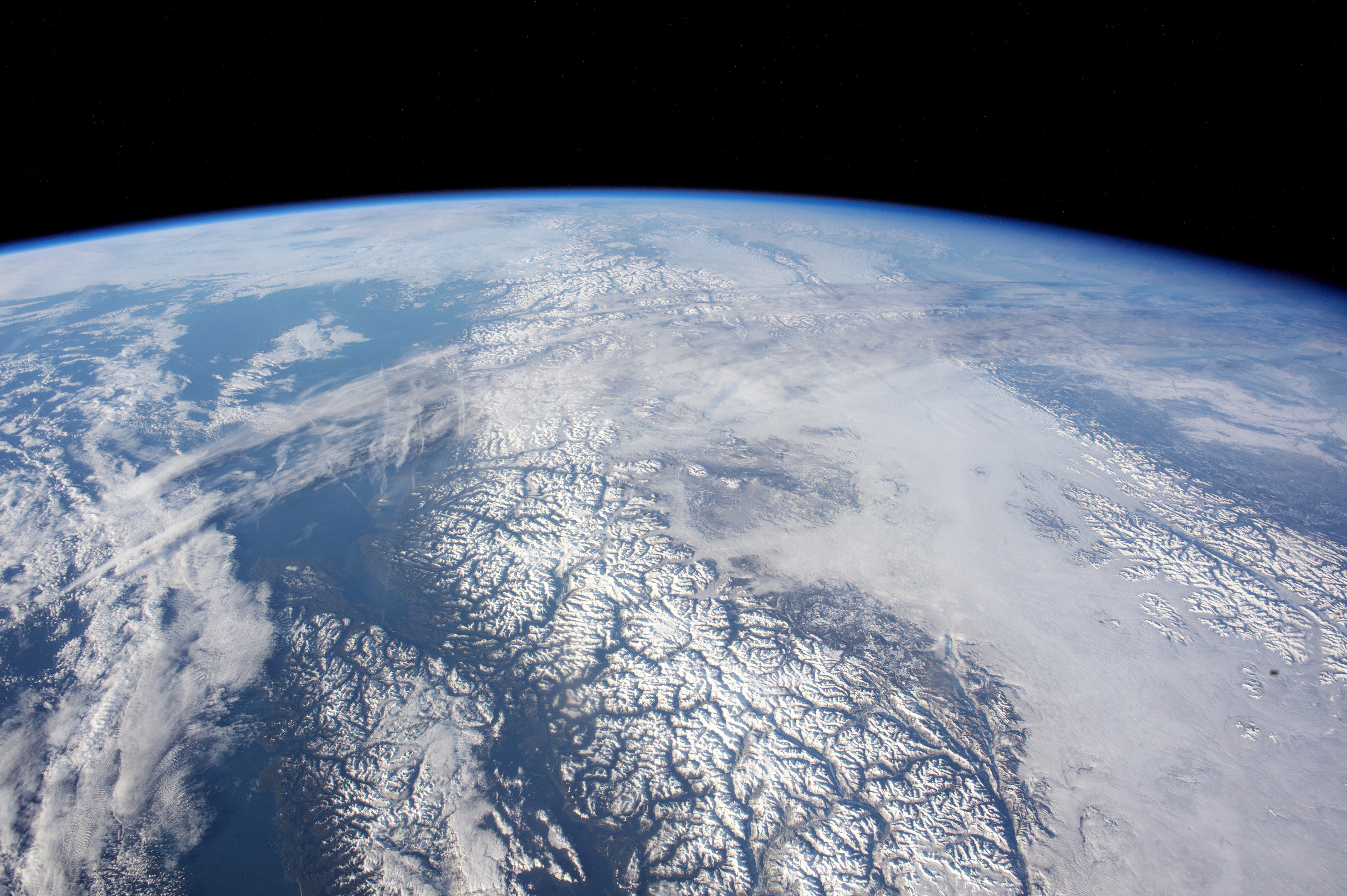 Panoramic View of Canada Today’s Image of the Day comes thanks to the NASA Earth Observatory and features a look at a beautiful panoramic view of Canada.

This photo was taken by an astronaut on board the International Space Station while in orbit over the Gulf of Alaska.

The particular view faces the north, and includes Vancouver Island on the far west, the Coast Mountains in the middle, and the Rocky Mountains to the east.

The darker indentations are valleys that have been carved out by glaciers over the past 2 to 3 million years.Canada is a country in the northern part of North America. Its ten provinces and three territories extend from the Atlantic to the Pacific and northward into the Arctic Ocean, covering 9.98 million square kilometres, making it the world’s second-largest country by total area. Its southern and western border with the United States, stretching 8,891 kilometres, is the world’s longest bi-national land border. Canada’s capital is Ottawa, and its three largest metropolitan areas are Toronto, Montreal, and Vancouver. This began an accretion of provinces and territories and a process of increasing autonomy from the United Kingdom. This widening autonomy was highlighted by the Statute of Westminster 1931 and culminated in the Canada Act 1982, which severed the vestiges of legal dependence on the British Parliament.