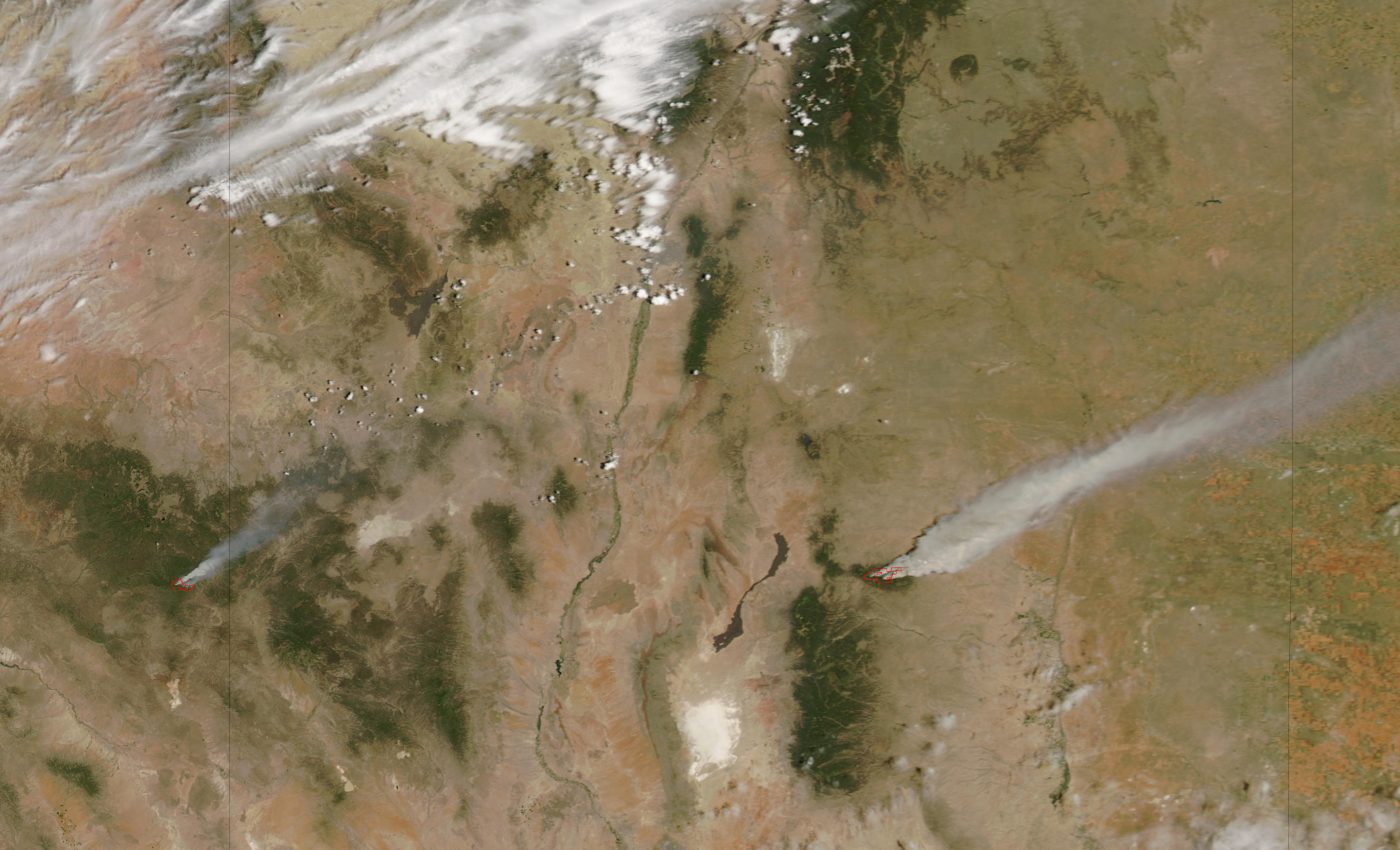 Started on May 15, 2004, and almost contained by the weekend of May 22, the Peppin Fire (center) on El Capitan Mountain in New Mexico, roared back to life early in the week of May 24 due to dry conditions and strong winds. According to news reports, two dozen homes were evacuated in the area and portions of several roads had to be closed. Current estimates from the National Interagency Fire Center are that more than 9,000 acres had been affected by the blaze as of May 25.

This image of New Mexico was captured by the Moderate Resolution Imaging Spectroradiometer (MODIS) on the Aqua satellite on the afternoon (local time) of May 24, 2004. The thermal signature of the Peppin Fire detected by MODIS is outlined in red. A large plume of smoke is spreading northeast from the fire. The image is available in additional resolutions.

Ironically, the fire is burning in the same forest where fire safety mascot “Smokey Bear” was rescued as a cub from a wildfire back in 1950. Despite Smokey’s catch phrase “Only you can prevent forest fires” the Peppin Fire was caused by lightning on May 15.