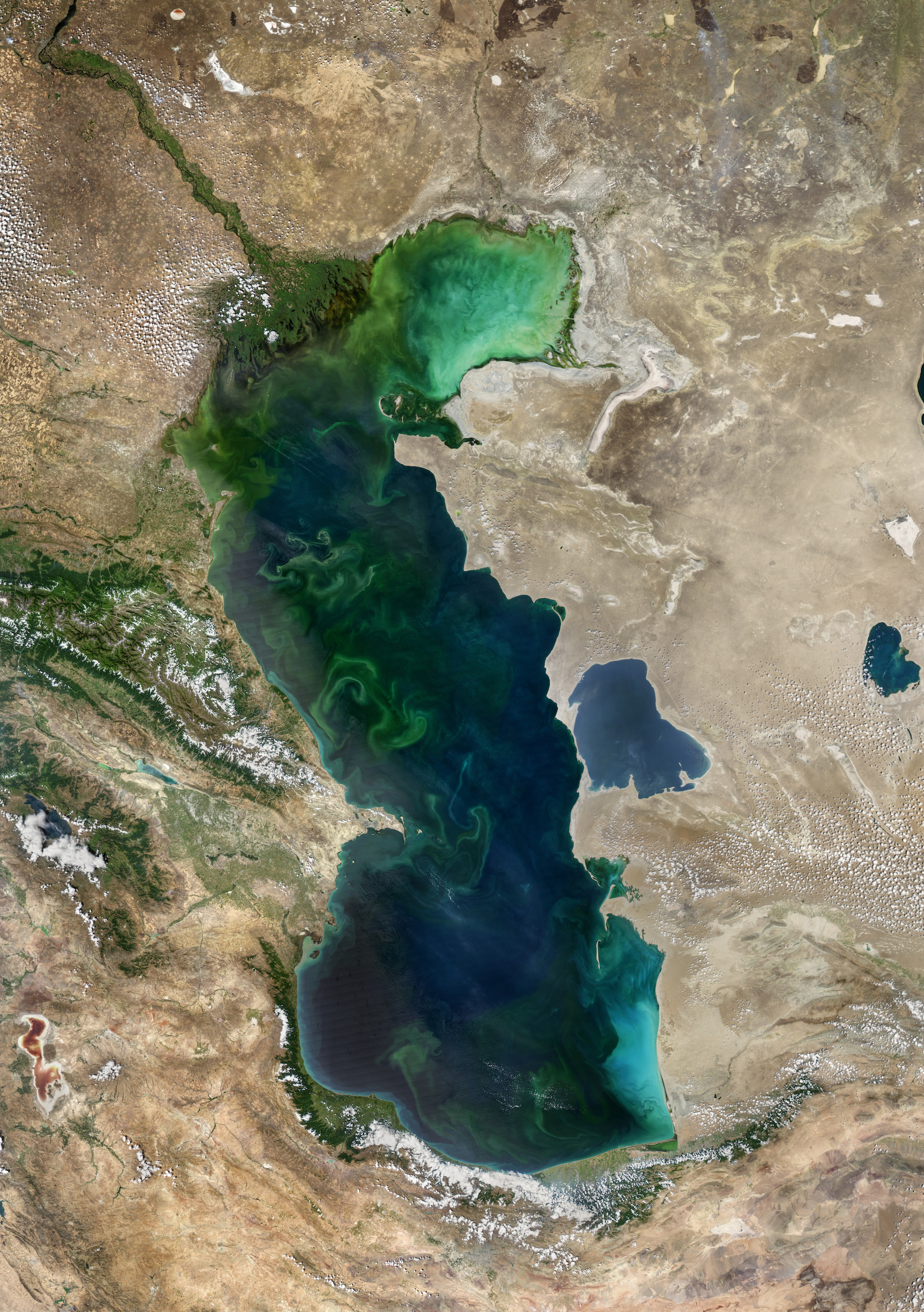 Today’s Image of the Day comes thanks to the NASA Earth Observatory and features a look at beautiful phytoplankton blooms in the Caspian Sea.

This image was captured on August 3, 2017 by the Moderate Resolution Imaging Spectroradiometer on board NASA’s Aqua satellite. Beautiful phytoplankton blooms in the Caspian Sea.

The Caspian Sea is the world’s largest inland body of water, variously classed as the world’s largest lake or a full-fledged sea. It is an endorheic basin (a basin without outflows) located between Europe and Asia, to the east of the Caucasus Mountains and to the west of the broad steppe of Central Asia. The sea has a surface area of 371,000 km2 (143,200 sq mi) (excluding the detached lagoon of Garabogazköl) and a volume of 78,200 km3 (18,800 cu mi).

It has a salinity of approximately 1.2% (12 g/l), about a third of the salinity of most seawater. It is bounded by Kazakhstan to the northeast, Russia to the northwest, Azerbaijan to the west, Iran to the south, and Turkmenistan to the southeast. The Caspian Sea is home to a wide range of species and may be best known for its caviar and oil industries. Pollution from the oil industry and dams on rivers draining into the Caspian Sea have had negative effects on the organisms living in the sea.