Plumes of smoke across the Aegean Sea • Earth.com

Plumes of smoke across the Aegean Sea 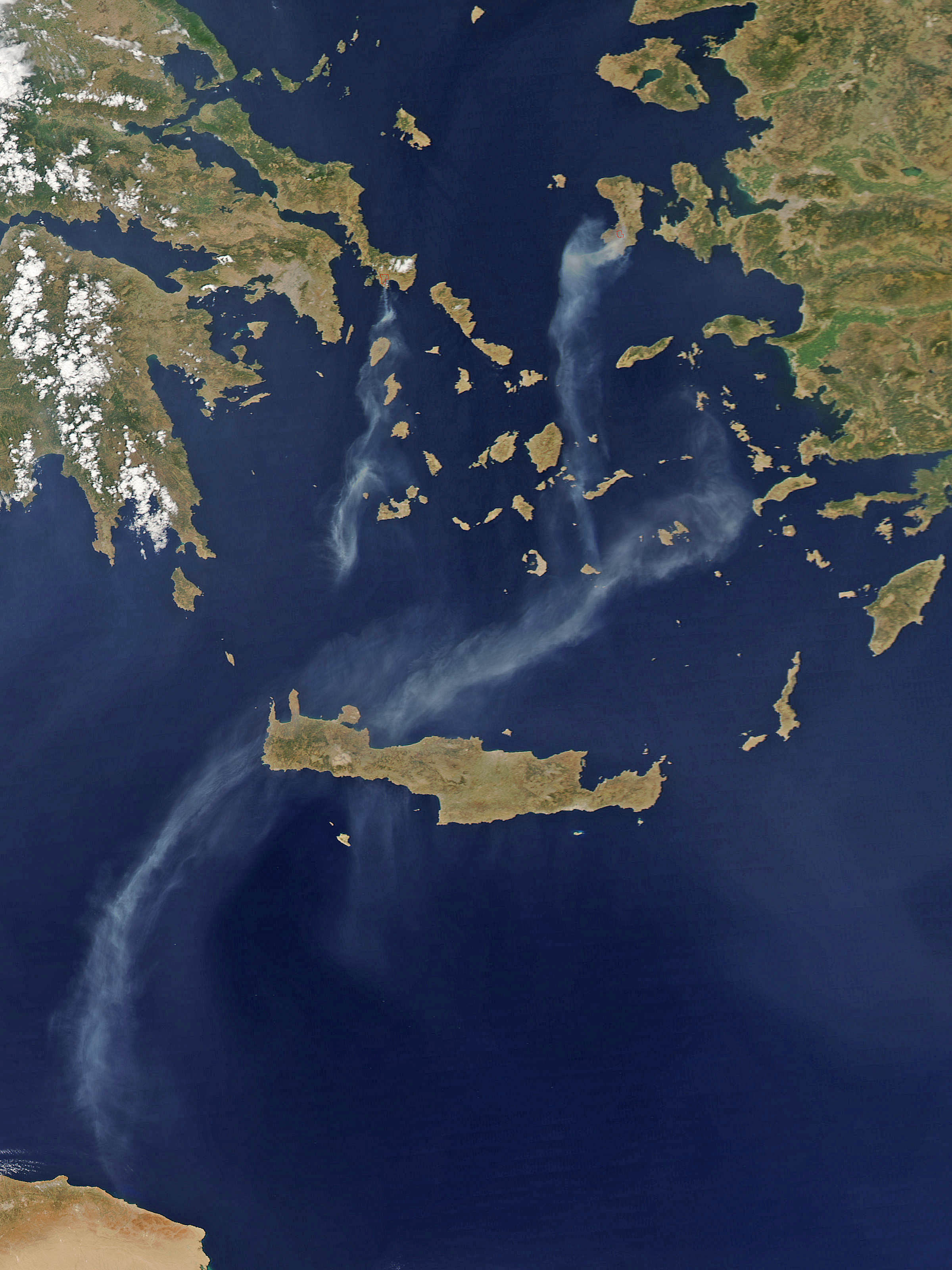 The Aegean Sea[a] is an elongated embayment of the Mediterranean Sea located between the Greek and Anatolian peninsulas. The sea has an area of some 215,000 square kilometres. In the north, the Aegean is connected to the Marmara Sea and the Black Sea by the straits of the Dardanelles and Bosphorus. The Aegean Islands are located within the sea and some bound it on its southern periphery, including Crete and Rhodes. The sea reaches a maximum depth of 3,544 meters, to the east of Crete. NASA’s view

The Aegean Islands can be divided into several island groups, including Dodecanese, the Cyclades, the Sporades, the Saronic islands and the North Aegean Islands, as well as Crete and its surrounding islands. The Dodecanese, located to the southeast, includes the islands of Rhodes, Kos, and Patmos; the islands of Delos and Naxos are within the Cyclades to the south of the sea. Lesbos is part of the North Aegean Islands. Euboea, the second largest island in Greece, is located in the Aegean, despite being administered as part of Central Greece. Nine out of twelve of the Administrative regions of Greece border the sea, along with the Turkish provinces of Edirne, Canakkale, Balıkesir, Izmir, Aydın and Muğla to the east of the sea. Various Turkish islands in the sea are Imbros, Tenedos, Cunda Island, and the Foça Islands.Plumes of smoke across the Aegean Sea