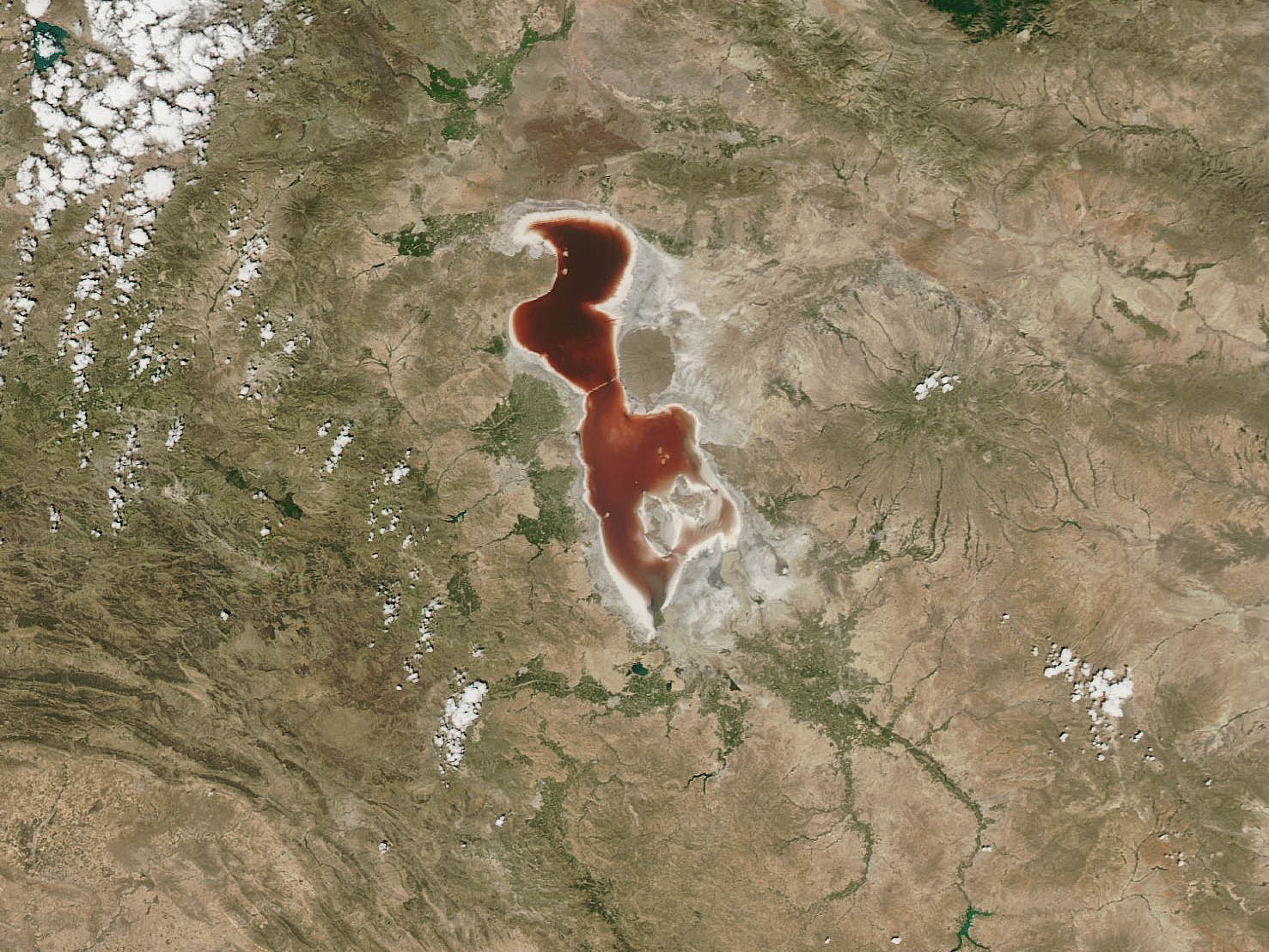 Like the Aral Sea, Iran’s salty Lake Urmia turns red and has shrunk rapidly during the past few decades. As it grows smaller, the lake grows saltier. And as it grows saltier, microscopic organisms are periodically turning the water striking shades of red and orange. NASA’s view.

Lake Urmia (Persian: دریاچه ارومیه‎, Daryâche-ye Orumiye) is an endorheic salt lake in Iran. The lake is located between the provinces of East Azerbaijan and West Azerbaijan in Iran, and west of the southern portion of the Caspian Sea. At its greatest extent, it was the largest lake in the Middle East and the sixth-largest saltwater lake on Earth, with a surface area of approximately 5,200 km2 (2,000 sq mi), a length of 140 km (87 mi), a width of 55 km (34 mi), and a maximum depth of 16 m (52 ft). By late 2017, the lake had shrunk to 10% of its former size (and 1/60th of water volume in 1998) due to persistent general drought in Iran, but also the damming of the local rivers that flow into it, and the pumping of groundwater from the surrounding area. This dry spell was broken in 2019 and the lake is now filling up once again.

Richard Nelson Frye suggested Urartian origin for the name[8] while T. Burrow connected the origin of the name Urmia to Indo-Iranian urmi- “wave” and urmya- “undulating, wavy”. A more likely etymology would be from Neo-Aramaic Assyrian-Chaldean spoken by the shrinking number of the ancient Christian population of the nearby city of Urmia, consisting of “ur” meaning city, and “mia” meaning water. Together, the “water city”, what Urmia city is: a city on the waters of the eponymous lake.

Lake Urmia, along with its approximately 102 islands, is protected as a national park by the Iranian Department of Environment.