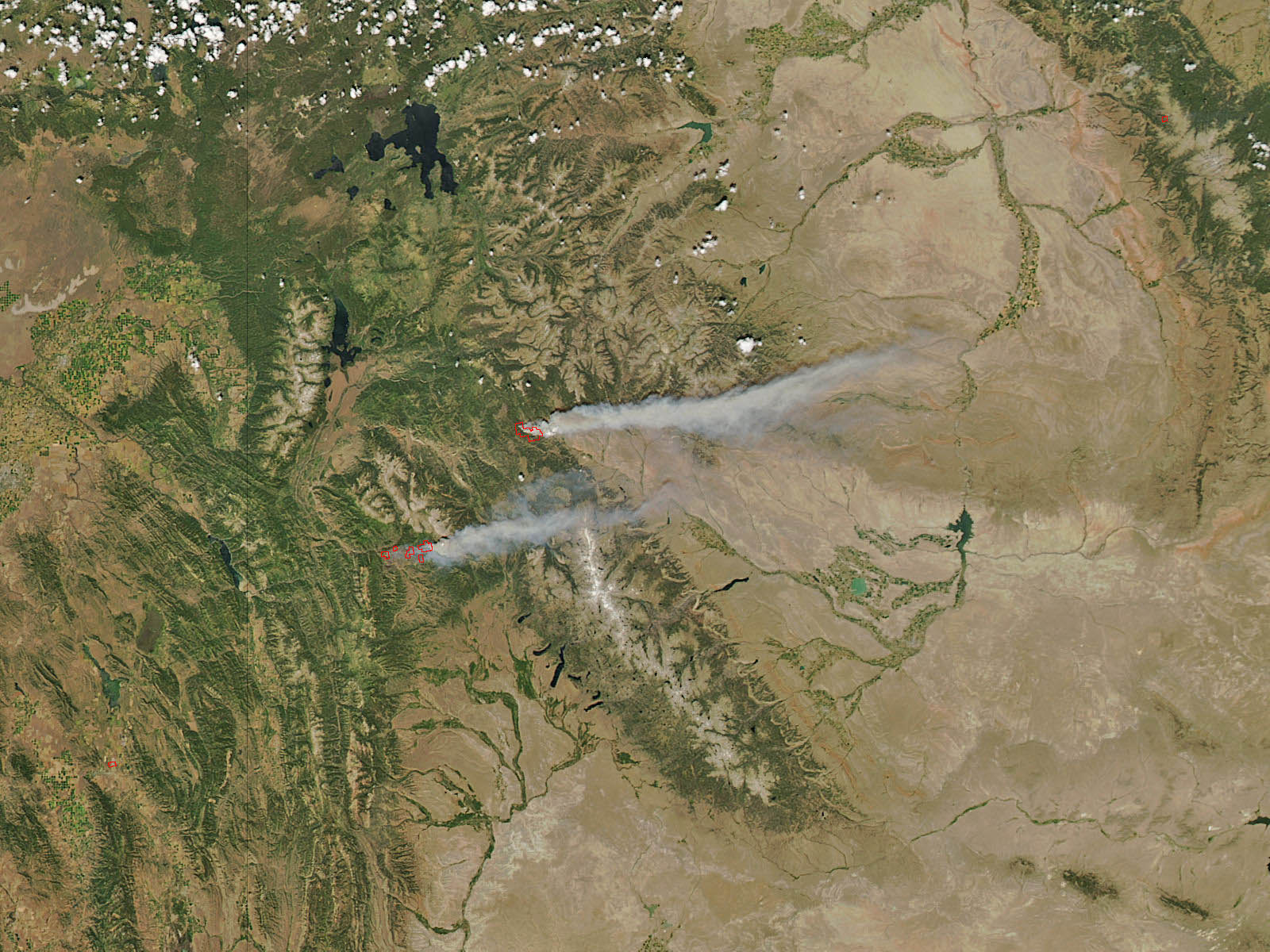 Wyoming (/waɪˈoʊmɪŋ/ (listen)) is a state in the mountain region of the Western United States. The state is the 10th largest by area, the least populous, and the second most sparsely populated state in the country. Wyoming is bordered on the north by Montana, on the east by South Dakota and Nebraska, on the south by Colorado, on the southwest by Utah, and on the west by Idaho and Montana. The state population was estimated at 577,737 in 2018, which is less than 31 of the most populous U.S. cities including Denver in neighboring Colorado.  Cheyenne is the state capital and the most populous city, with an estimated population of 63,624 in 2017.
The western two-thirds of the state is covered mostly by the mountain ranges and rangelands of the Rocky Mountains, while the eastern third of the state is high elevation prairie called the High Plains. Almost half of the land in Wyoming is owned by the U.S. government, leading Wyoming to rank sixth by area and fifth by proportion of a state’s land owned by the federal government.  Federal lands include two national parks—Grand Teton and Yellowstone—two national recreation areas, two national monuments, several national forests, historic sites, fish hatcheries, and wildlife refuges.