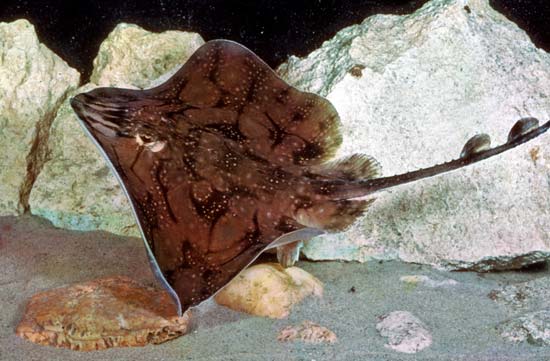 Also commonly known as the underworld window-skate or Pluto skate.

The IUCN, five populations of the underworld windowskate are known, all from the western Atlantic Ocean.

West, including the Straights of Florida.

Also the outside of these general ranges, specimens have been collected from the waters

off Colombia, Ellesmere Island, in the eastern Gulf of Mexico, and James Bay, Canada.

Therefore individuals have also been spotted by divers in southern Mexico, and in 1891 a specimen

supposedly was collected from the California coast.