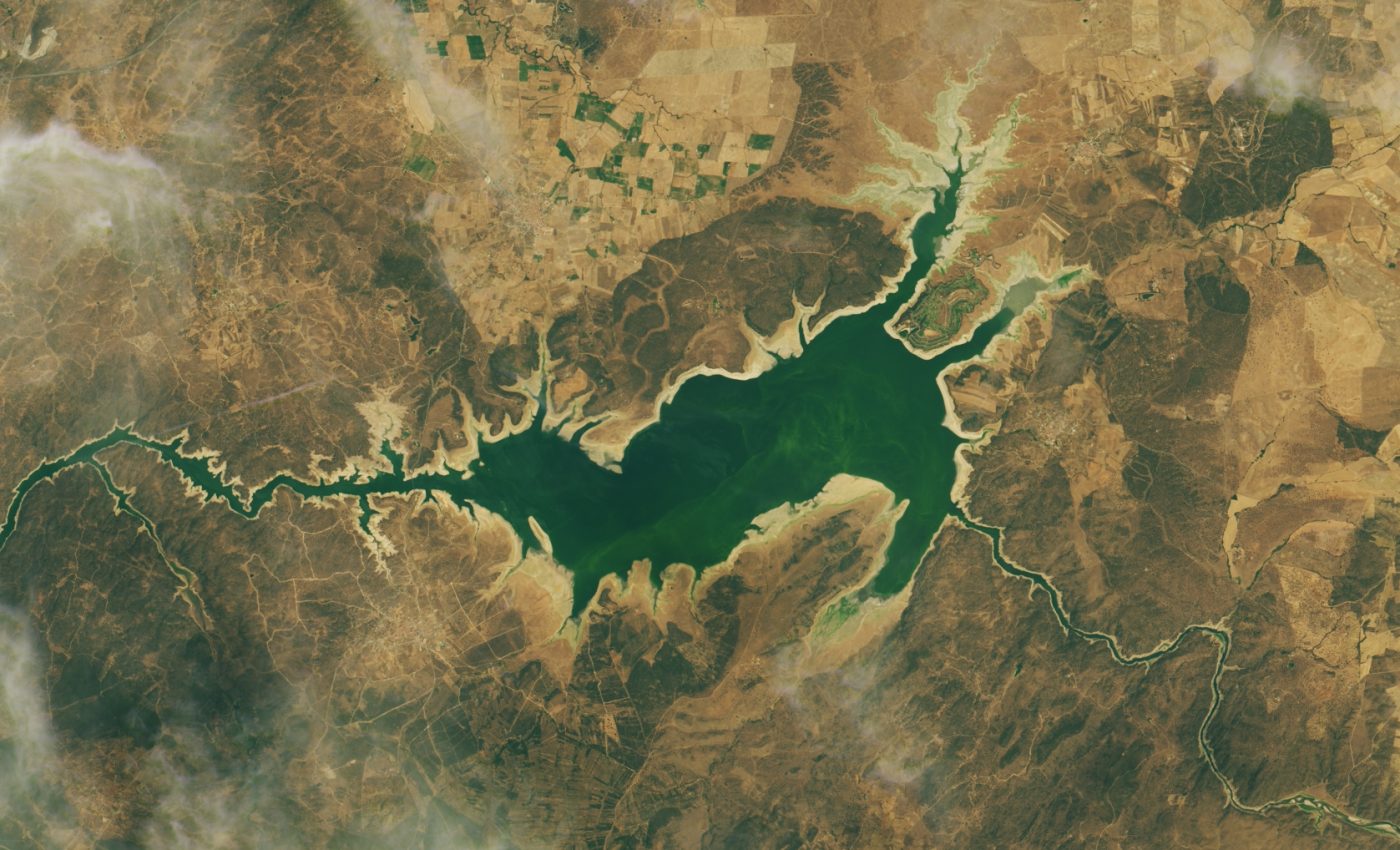 Prehistoric monument reappears after 50 years Today’s Image of the Day from NASA Earth Observatory features the Peraleda de la Mata coast of Spain, where a megalithic monument that has been submerged for 50 years has now reappeared.

The Spanish government built the Valdecañas Reservoir in 1963 to provide water and electricity to underdeveloped parts of western Spain. When the reservoir was developed, however, it flooded some inhabited areas as well as large stone monuments. Prehistoric monument reappears after 50 years

Dry and hot conditions caused the lake to shrink this summer, and one of these megaliths – known as the Dolmen of Guadalperal – managed to resurface. Prehistoric monument reappears after 50 years.

The image was captured on July 25, 2019 by the Operational Land Imager on Landsat 8.