Pu’u Kukui on the Hawaiian island of Maui • Earth.com

Pu’u Kukui on the Hawaiian island of Maui 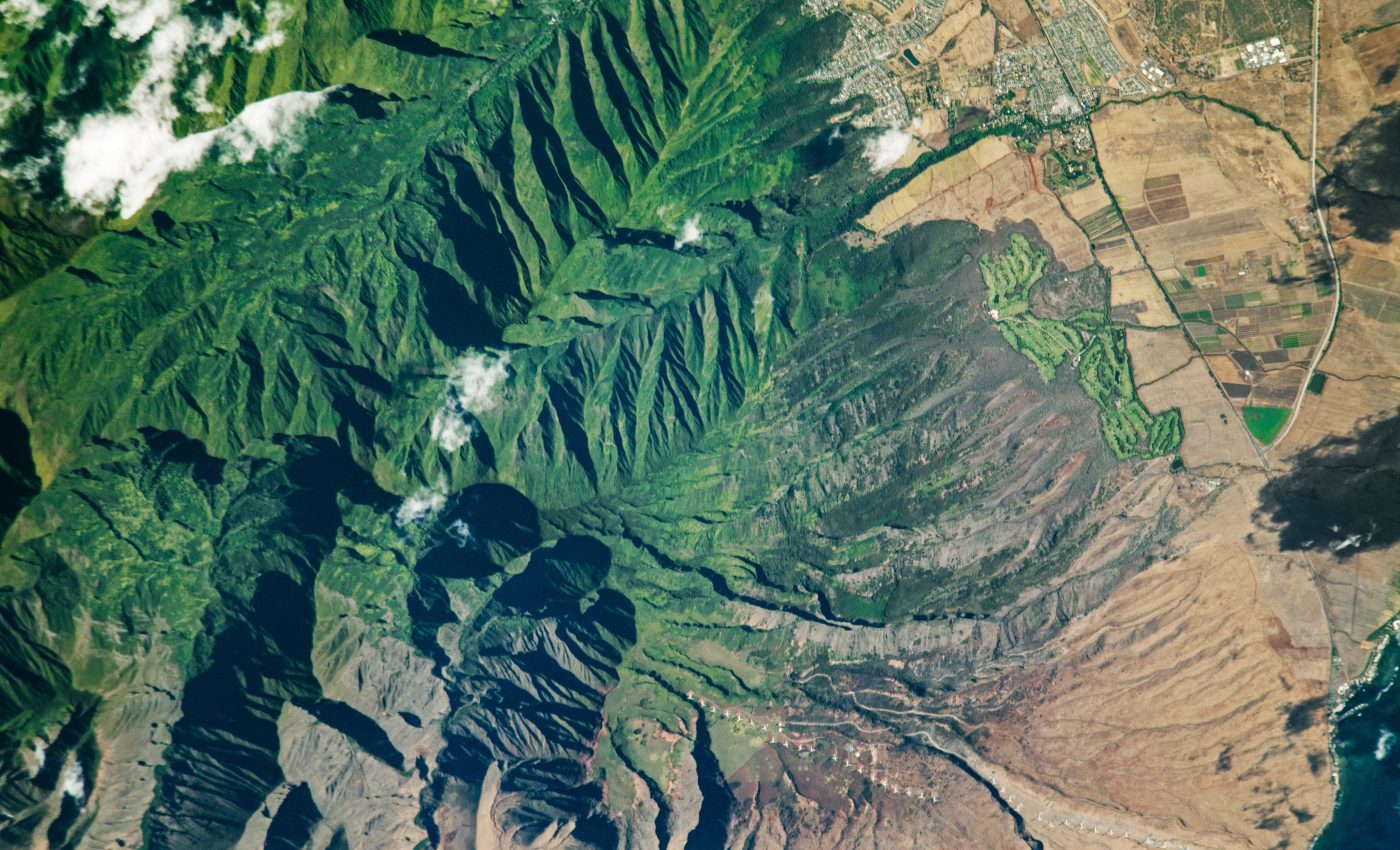 Today’s Image of the Day from NASA Earth Observatory features Maui, a Hawaiian island in the Central Pacific that is home to one of the largest wind farms in the state.

According to NASA, all 34 operational wind turbines of the Kaheawa Wind Power I and II facilities are visible in this photograph, which was captured by an astronaut from the International Space Station (ISS).

The wind farm is located close to the small town of Waikapu, and at the foot of a large mountain peak known as Pu’u Kukui.

The turbine field descends about half a mile down the southeast side of the mountain and supplies up to 15 percent of Maui’s annual electricity usage.

Kaheawa was the first wind farm in the United States to implement a habitat conservation plan, with a goal of protecting birds and bats.