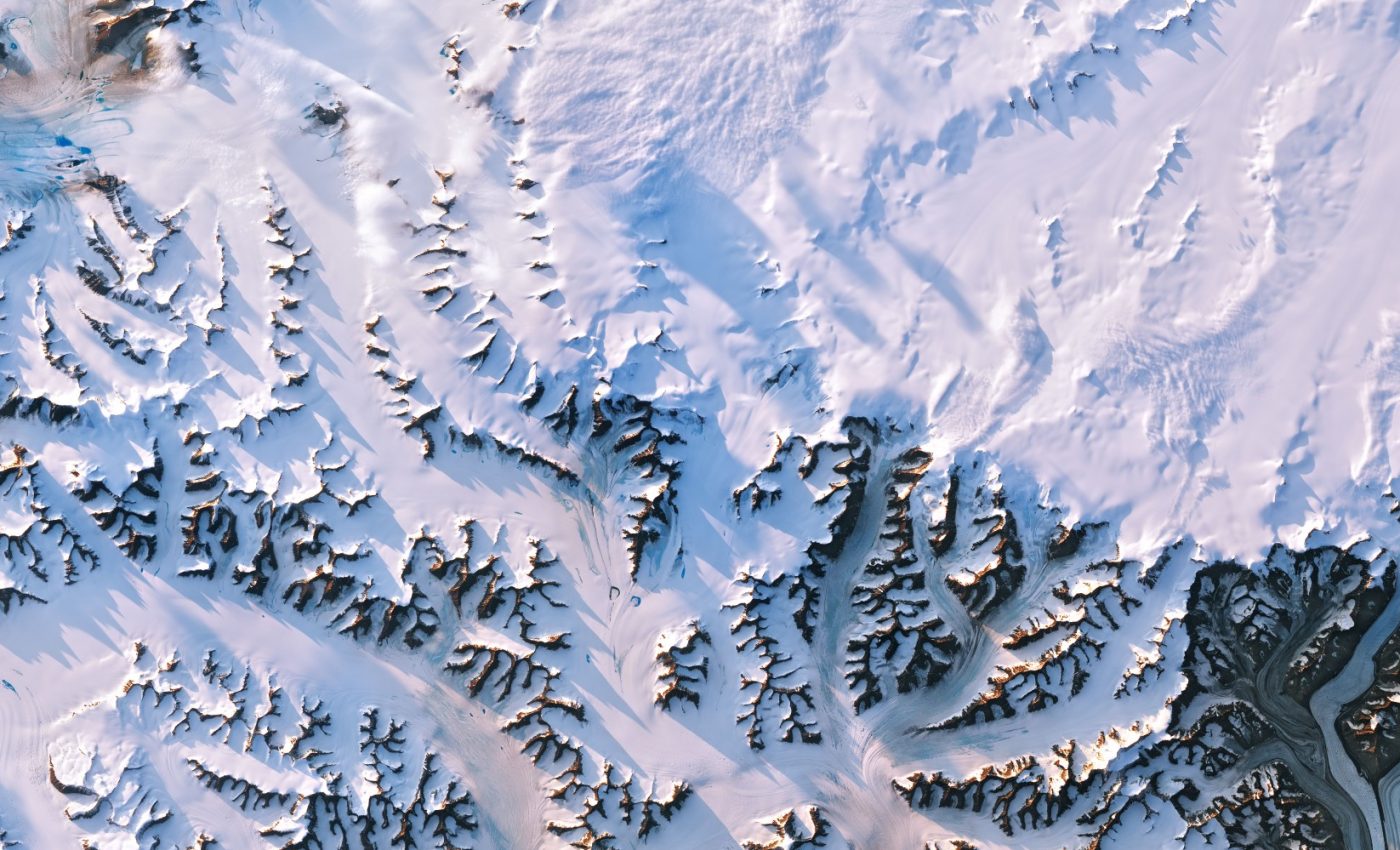 Today’s Image of the Day from NASA Earth Observatory shows an area just northeast of the Gunnbjørn Fjeld, the tallest mountain in Greenland.

Rocky peaks that stick up through the glaciers and ice sheets, which are known as nunataks, can be seen scattered across the Watkins Range.

James Lea is a glaciologist at the University of Liverpool who analyzes images of the Greenland ice sheet to for meltwater lakes. He documents when they form, how large they become, and when they drain.

Scientists carefully study the evolution of melt ponds because they have the potential to affect the melting and motion of glaciers, as well as sea-level rise.

“With the resolution of Landsat 8, we can validate whether lakes that may be only a couple of pixels in MODIS are actually lakes or whether they are shadows, ice debris, or nunataks,” said Lea.

In a recent study, Lea and his team showed that melt ponds are now forming at higher elevations compared to just a few years ago as a result of global warming. Looking at 20 years of MODIS data, the researchers have found significant increases in meltwater lakes in Greenland.