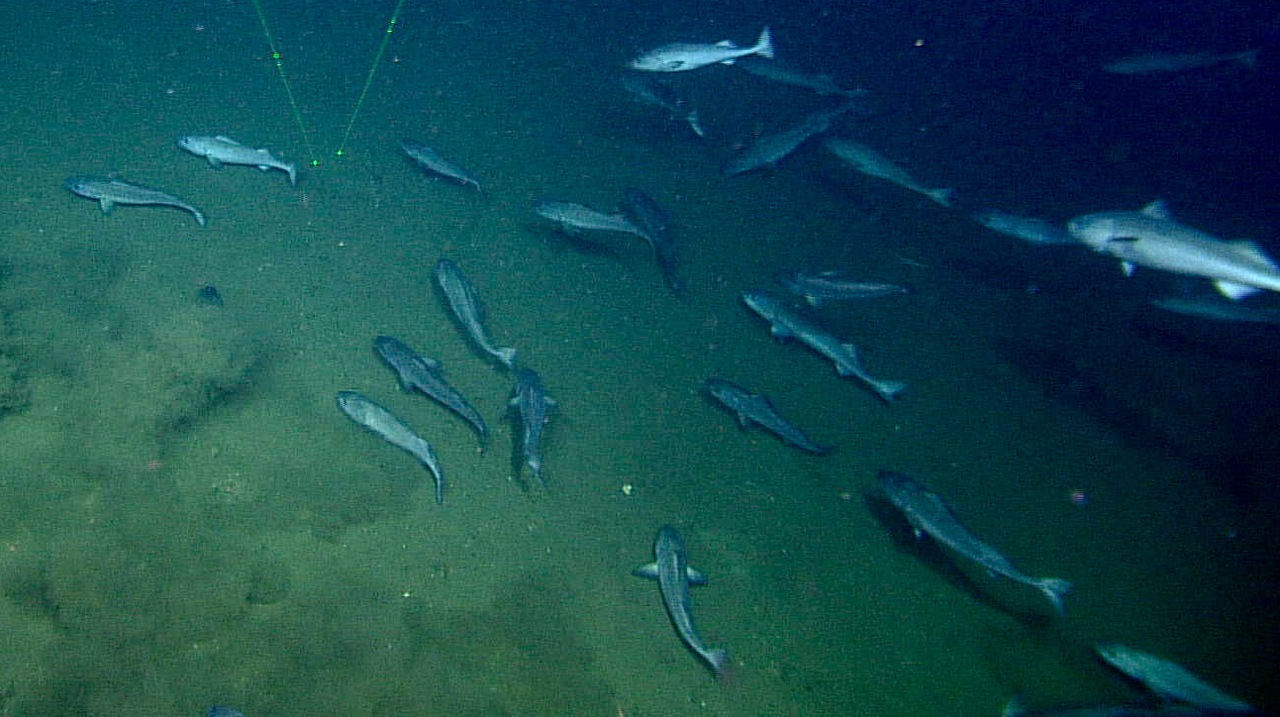 A sablefish resting on the soft sediments blanketing the deep canyon floor at about 800 m. The red spots (top) are lasers, spaced 10 cm apart, that are used to estimate the size of organisms that inhabit the area.

Also sablefish are found in the northeastern Pacific Ocean from northern Mexico to the Gulf of Alaska, and west of the Aleutian Islands and into the Bering Sea.

Both populations mix off southwest Vancouver Island and northwest Washington.

They are most commonly found in Alaska waters.