Saharan Dust off Libya and Tunisia 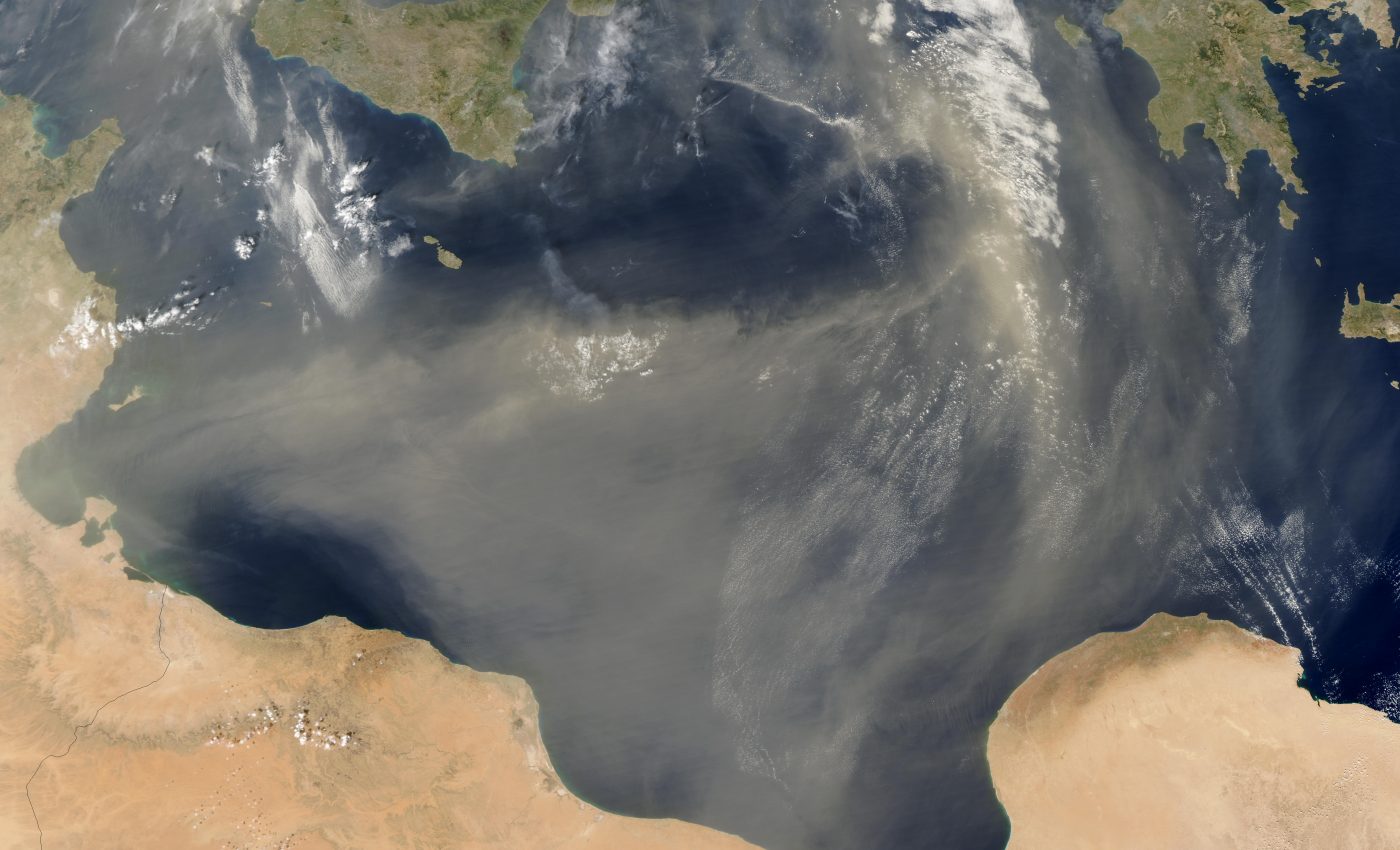 Saharan Dust off Libya and Tunisia. A large plume of Saharan Desert dust (tan pixels) was blowing northward off the coast of Libya and spreading over much of the Mediterranean Sea on October 3, 2003. This true-color image was acquired by the Moderate Resolution Imaging Spectroradiometer (MODIS) aboard NASA’s Aqua satellite.

Libya officially the State of Libya, is a country in the Maghreb region in North Africa, bordered by the Mediterranean Sea to the north, Egypt to the east, Sudan to the southeast, Chad to the south, Niger to the southwest, Algeria to the west, and Tunisia to the northwest. The sovereign state is made of three historical regions: Tripolitania, Fezzan and Cyrenaica. With an area of almost 1.8 million square kilometres (700,000 sq mi), Libya is the fourth largest country in Africa, and is the 16th largest country in the world. Libya has the 10th-largest proven oil reserves of any country in the world. The largest city and capital, Tripoli, is located in western Libya and contains over one million of Libya’s six million people. The second-largest city is Benghazi, which is located in eastern Libya. Saharan Dust off Libya and Tunisia.