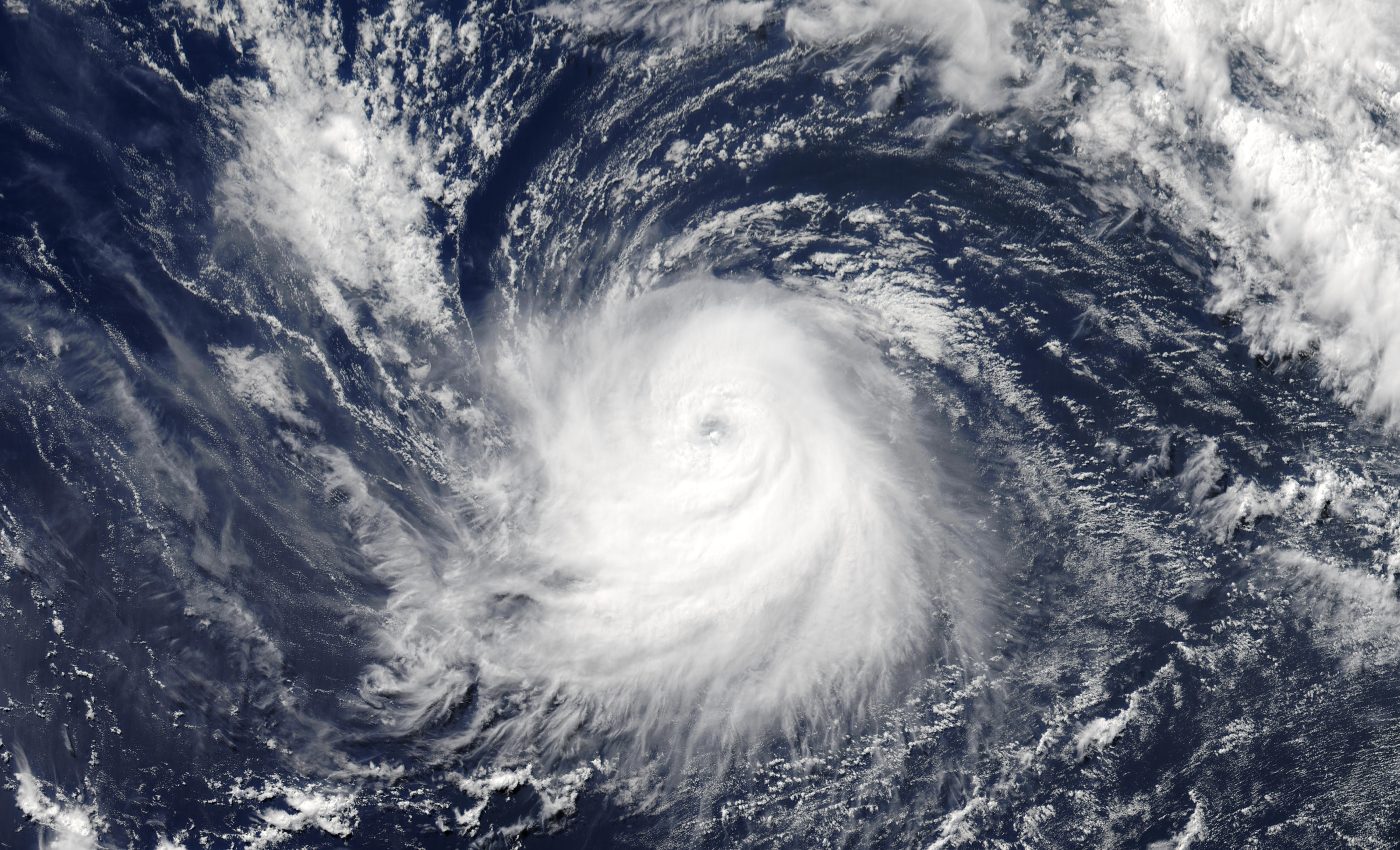 The MODIS instrument onboard NASA’s Aqua satellite captured this true-color image of Hurricane Kate on October 5, 2003 at 16:35 UTC. In this image Kate had sustained winds of 100 mph but was expected to begin weakening as the storm encountered cooler Atlantic waters.

Hurricane Kate was the final in a series of tropical cyclones to impact the United States during 1985, and the latest in any calendar year to strike the country at hurricane intensity on record. The eleventh named storm, seventh hurricane, and third major hurricane of the annual hurricane season, Kate originated from the interaction of an upper-level trough and tropical wave northeast of Puerto Rico on November 15. Though the system tracked erratically during the first hours of its existence, the intensification of a region of high pressure to the cyclone’s north caused Kate to turn westward. A favorable atmospheric pattern allowed the newly developed system to intensify to hurricane intensity on November 16, and further to Category 2 intensity three days later. Kate made its first landfall on the northern coast of Cuba at this intensity prior to emerging as a slightly weaker storm during the evening hours of November 19. Once clear of land, it began to strengthen quickly, becoming a Category 3 and reaching its peak intensity of 120 mph (195 km/h) the following day. On November 21, a cold front moving across the Mississippi Valley resulted in a north and eventual northeast turn of the cyclone, and on November 22, Kate came ashore near Mexico Beach, Florida, as a minimal Category 2 hurricane with winds of 100 mph (160 km/h) . Gradual weakening ensued as the cyclone moved along the Southeast United States coastline, and Kate transitioned to an extratropical cyclone on November 23, a day after exiting the coastline of North Carolina.