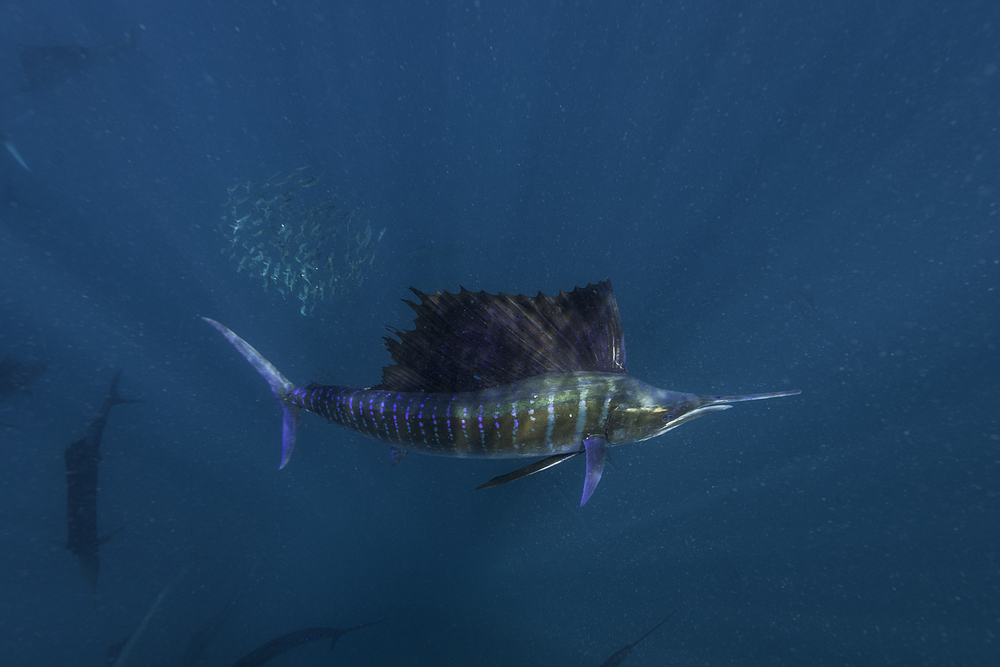 Sailfish larva show a presence thtat indicates that Charleston Bump is a spawning ground for sailfish.

Also the sailfish is a fish of the genus Istiophorus of billfish living in colder areas of all the seas of the earth.

They are predominantly blue to gray in color and have a characteristic erectile dorsal fin known as a sail, which often stretches the entire length of the back.

Also another notable characteristic is the elongated bill, resembling that of the swordfish and other marlins.

Therefore they describe as billfish in sport-fishing circles.