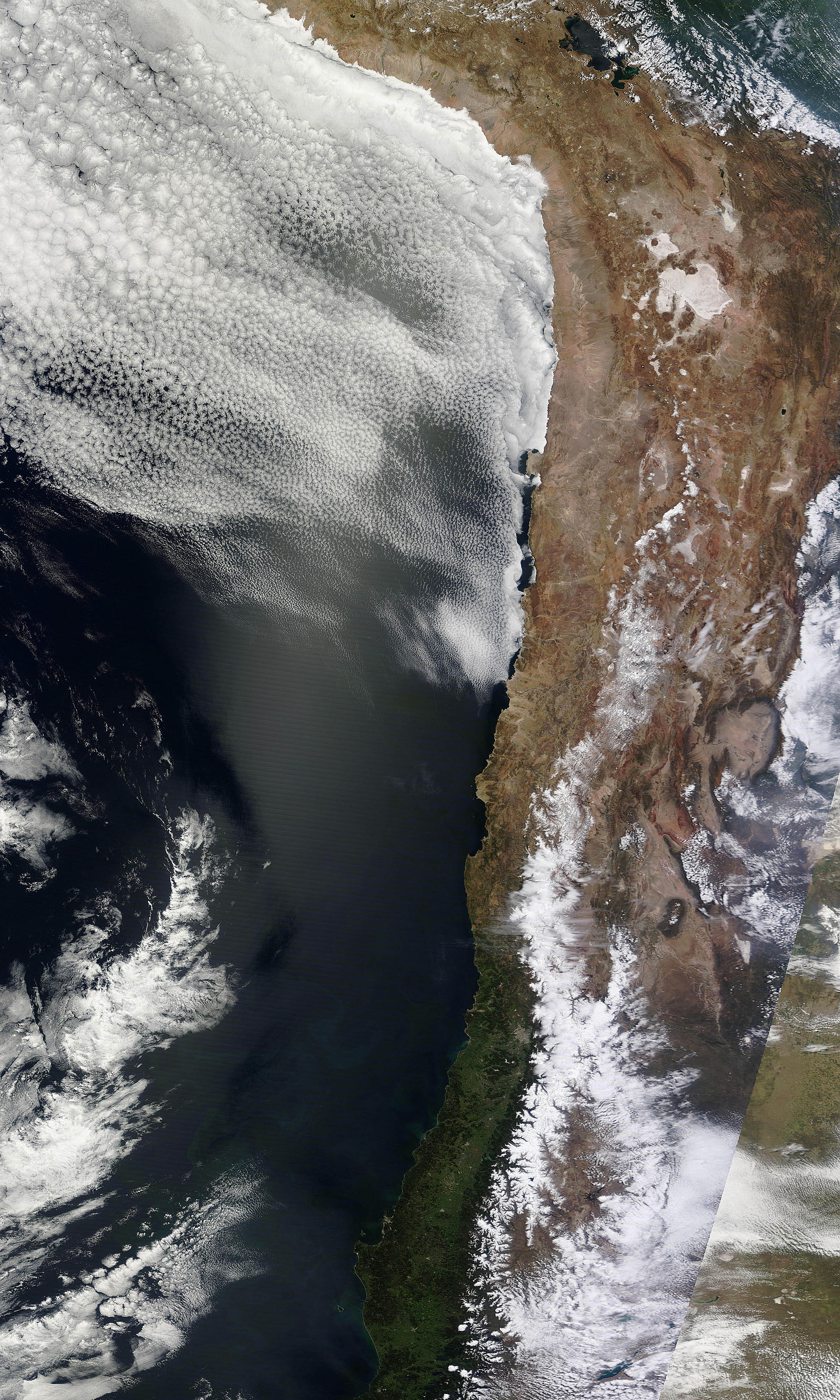 On October 22, 2015, NASA’s Terra satellite passed over Chile, allowing the Moderate Resolution Imaging Spectroradiometer (MODIS) flying on board to capture a striking true-color image of the region.

Near the center of the image, sitting in a tan desert basin and bordered by mountains, sits one of Chile’s most notable features – the large salt flats of Chile known as the Salar de Atacama. The Salar (a Spanish word meaning “salt flat” lies in the southern half of the Atacama Desert. Receiving less than 1 mm (0.04 inch) of rain annually, it is considered to be one of the driest places on Earth.

The Salar de Atacama appears white from space due to its high reflectivity. When viewed in person, however, the surface appears generally flat, desiccated, and rough. The color ranges from a dull white to grey-brown. Although it appears dry, mineral-rich brines (water with a high percentage of dissolved salts) lie just below the surface. Where the liquid brine breaks through to the surface, flocks of bright pink flamingos often can be seen foraging for food.

The Salar de Atacama is the third largest salt flat in the world. It covers approximately 1,200 sq. mi (3,000 sq. km), and is about 62 mi (100 km) long and 50 mi (80 km) wide. Lying close to the large mountain town of San Pedro de Atacama, the salt flats are a popular destination for tourists with various interests, including photography, hiking, and bird watching. Thanks to very dark skies with low light pollution, sky watching is excellent in this area.

Perhaps the greatest claim to fame for the Salar de Atacama, however, is the rich lithium deposits found in the brine. It is estimated the waters contain more than one-quarter of the world’s lithium reserve base. Due to the high lithium concentration in the brine, along with other factors, it is relatively inexpensive to extract and lithium production is an important industry in this region.