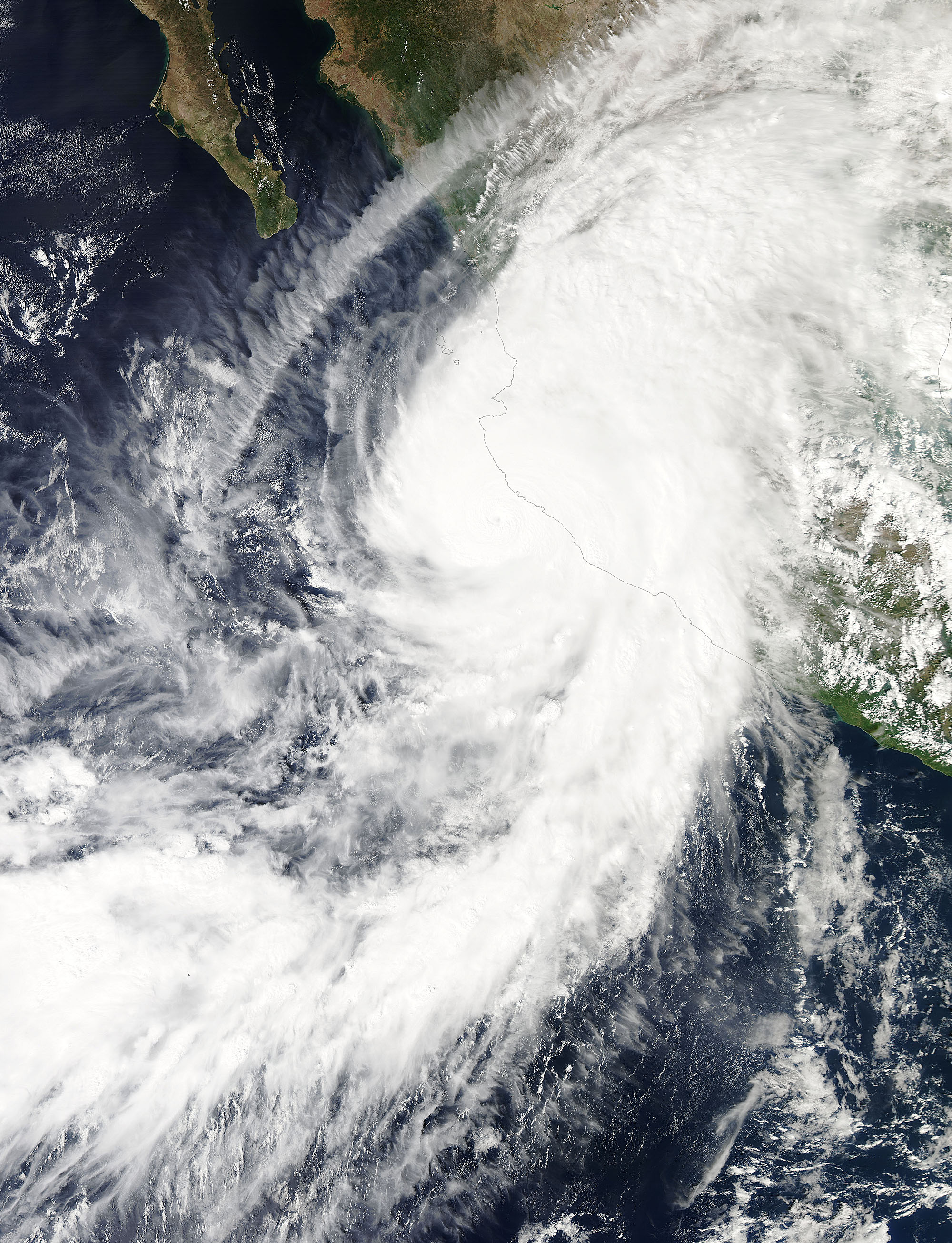 Hurricane Patricia Passes Over Mexico. As it roared towards southwestern Mexico on October 23, 2015, the fast-forming and short-lived Hurricane Patricia began setting records. Early in the day it became the most powerful hurricane ever recorded in the Western Hemisphere, with maximum sustained winds speeds reaching 200 mph (321.8 km/h) according to the National Hurricane Center (NHC). The storm set another record as the minimum central pressure dropped to a record-low of 880 millibars (25.99 inches of mercury) at about 10 a.m. EDT that same day. Then, at 7:15 p.m. EDT that evening, Hurricane Patricia became the strongest landfalling Pacific hurricane on record.

The Moderate Resolution Imaging Spectroradiometer (MODIS) aboard NASA’s Aqua satellite captured this true-color image at 20:35 UTC (4:35 p.m. EDT) on October 23, just three hours before it made landfall. The center of circulation is just off the western coast of Mexico while the leading storm bands spread across the country and reach the waters of the Gulf of Mexico.

The first advisories on Patricia were issued on October 20, and it reached peak strength as a Category 5 hurricane, based on the Saffir-Simpson Hurricane Wind Scale, on October 23. Once slamming into Mexico, Patricia lost strength quickly, going from a strong Category 4 hurricane to a tropical depression within 24 hours on October 24. It then became a remnant low pressure area and combined with a low pressure area over Texas to create a torrential and flooding rain situation in Texas, Louisiana, and Mississippi. Up to 20 inches of rain were reported in Texas and up to 12 in inches fell in Mississippi and Louisiana.

Although life as a hurricane was brief, the remnants continue to bring rain across the southeast and southern plains of the United States. Rain from this system is due to reach the Washington, D.C. area on October 28.