California’s San Joaquin Valley is sinking into the ground • Earth.com

California’s San Joaquin Valley is sinking into the ground 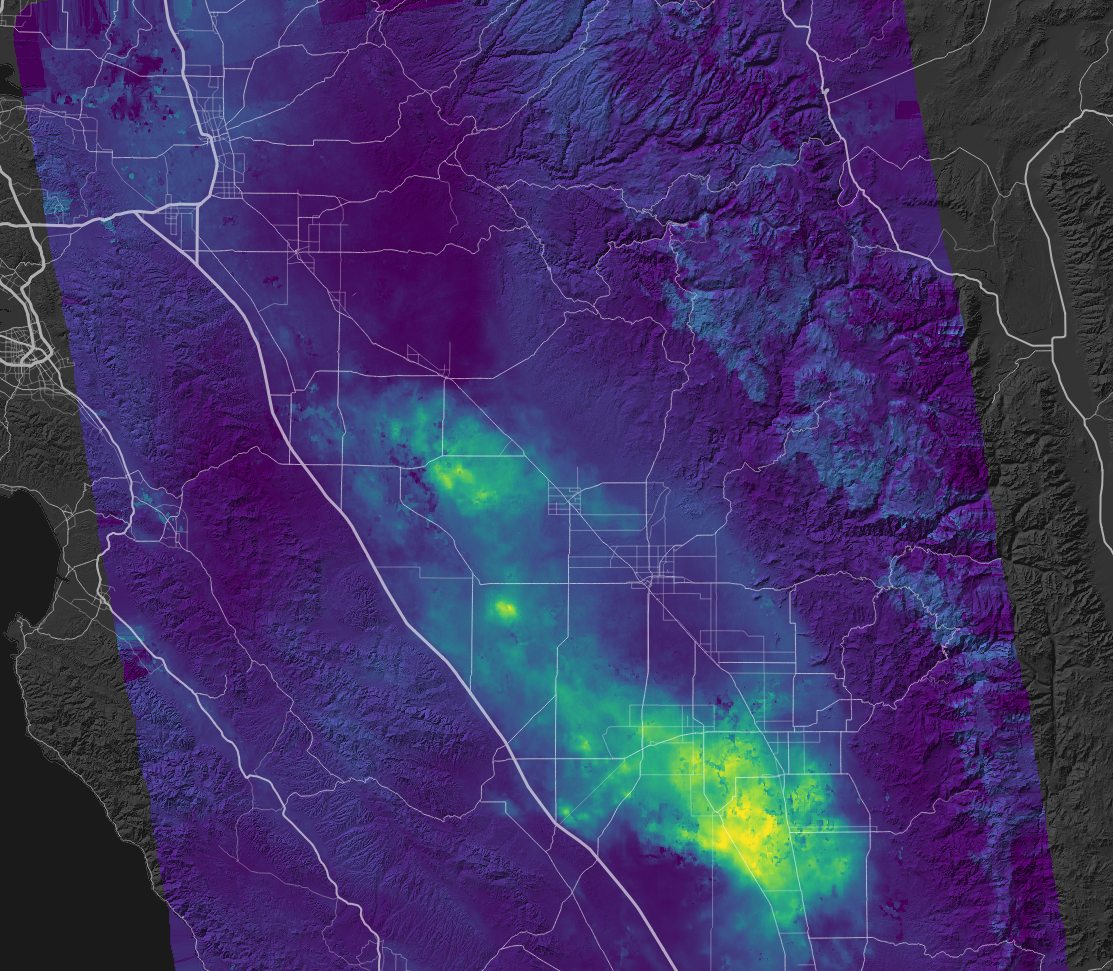 Today’s Image of the Day comes thanks to the NASA Earth Observatory and features a map of the sinking San Joaquin Valley. For almost a century, the excessive pumping of groundwater in the notoriously dry region of California’s Central Valley has caused the land to sink by as much as 28 feet in some places. The subsidence is exacerbated during droughts when farmers have to pump extra water to maintain their crops.

Land subsidence has already damaged thousands of groundwater wells in the San Joaquin Valley and can permanently damage underground water supplies. This map was created by scientists at NASA’s Jet Propulsion Laboratory (JPL) using data from the European Space Agency’s (ESA) Sentinel 1-A satellite to show the total land subsidence between May 2015 and September 2016.

“The rates of San Joaquin Valley subsidence documented since 2014 by NASA are troubling and unsustainable,” said William Croyle, Director of California’s Department of Water Resources. “Subsidence has long plagued certain regions of California. But the current rates jeopardize infrastructure serving millions of people. Groundwater pumping now puts at risk the very system that brings water to the San Joaquin Valley. The situation is untenable.”