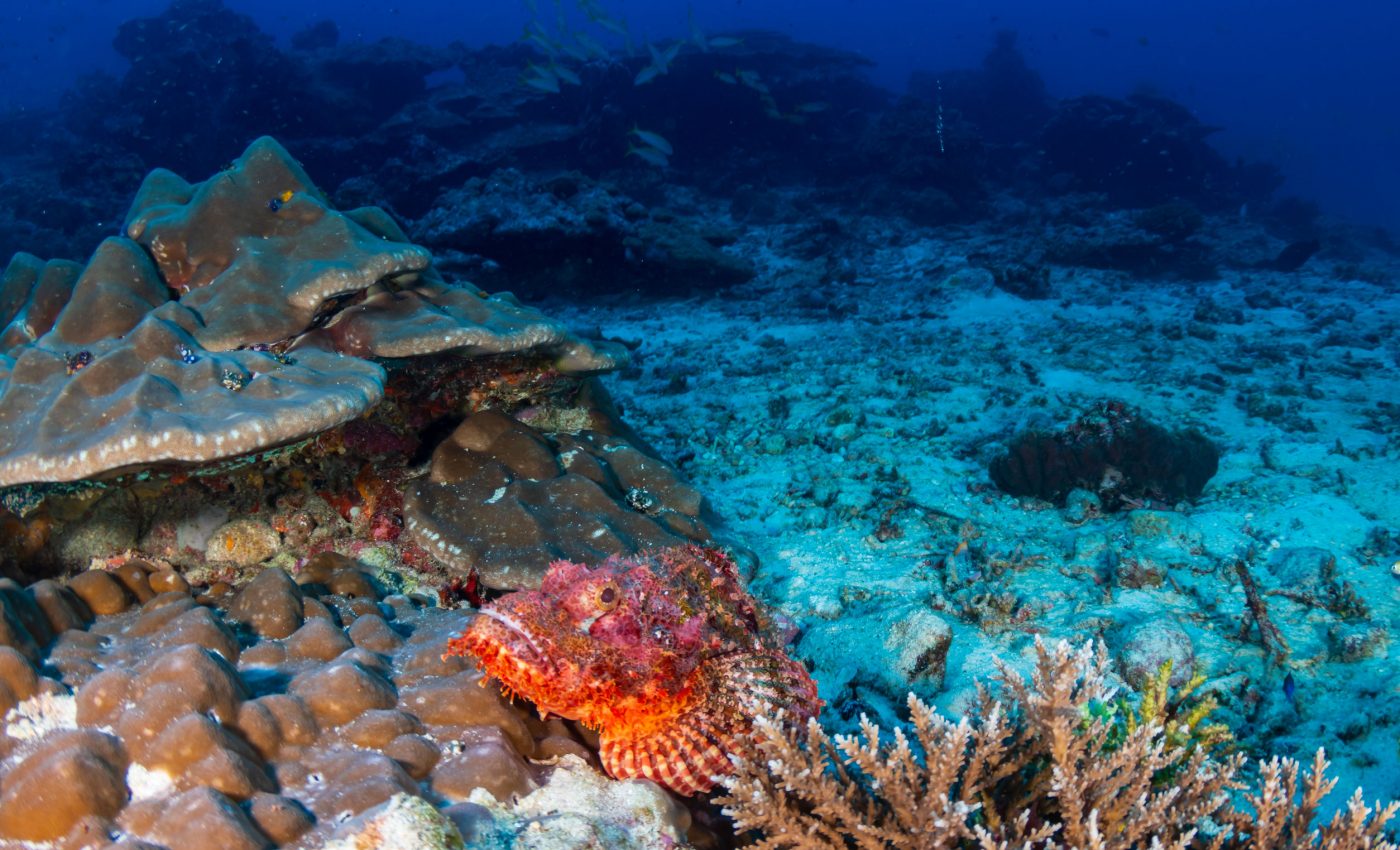 Scorpaenid fish (also known as the scorpionfish) are a family of mostly marine fish that includes many of the world’s most venomous species.

As the name suggests, scorpionfish have a type of “sting” in the form of sharp spines coated with venomous mucus.

The family is a large one, with hundreds of members. They are widespread in tropical and temperate seas, but mostly found in the Indo-Pacific.

Some types, such as the lionfish, are attractive as well as dangerous, and highly desired for aquaria.

In addition to the name scorpionfish, informal names for family members include firefish, turkeyfish, dragonfish, and stingfish, usually with adjectives added.